Indian information technology firm Infosys has reached a settlement for $1 million with the state of New York in a visa-related case, even though the company maintained it committed no wrongdoing and the probe was centred on alleged paperwork errors. 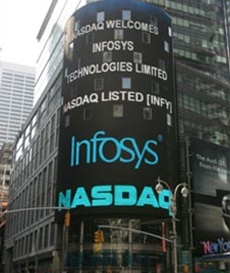 New York Attorney General Eric Schneiderman said Infosys had agreed to pay $1 million to settle an investigation into its visa violations in the state.

The settlement relates to whistleblower claims that Infosys, in the course of providing outsourcing services, routinely brought foreign IT personnel into New York to perform work in violation of the terms of their visas.

The attorney general added that Infosys employed foreign workers in New York without paying the prevailing wages or the taxes owed.

''We will not permit companies to violate our laws in order to undercut New York workers. My office is committed to ensuring that our state's labour marketplace is fair, competitive and transparent for all,'' Schneiderman said in his statement.

The Bengaluru-based company in its statement said, "Infosys' agreement concludes the State of New York's investigation relating to the amount of taxes the company paid in 2010-2011 without any criminal or civil charges being filed.

"While this investigation centred on alleged paperwork errors, the company committed no wrongdoing and denies all allegations made in this regard."

The software services firm said this settlement relates to legal issues already resolved under the 2013 settlement with the US Department of Justice and was reached by both parties to avoid protracted litigation.

The investigation by the attorney general found that "in addition to securing employment of foreign workers at a much lower wage than applicable prevailing wage requirements, Infosys also avoided paying applicable payroll taxes".

The announcement has come a day before Infosys' annual general meeting.