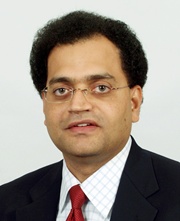 Infosys lost another top executive today, which takes the list of top executives quitting India's second-largest information technology company after Narayana Murti's return to the company to 11, with its sales and marketing head Prasad Thrikutam quitting the company today.

Thrikutam who was in charge of strategic sales, marketing and alliances and head of Infosys, Americas, resigned within a fortnight of the resignation of president and board member B G Srinivas.

President Pravin Rao will take up his portfolio, an Infosys spokesperson said.

Prasad Thrikutam was a member of the Infosys Executive Council and was the global head of Infosys' energy, utilities, communications and services (ECS) industry group, with 19,000 employees and more than $1.4 billion in annual revenues.

Prasad joined Infosys in 1995 as a regional head of business development in the US. He holds a degree in mechanical engineering and an MBA from the Indian Institute of Management.

Infosys has lost at least 11 senior managers since executive chairman Narayana Murthy returned to the helm in June last year.

With almost all top executives making an exit, Infosys is now looking overseas for a CEO to succeed S D Shibulal who is due to retire by January next year.