Infosys Ltd is keen to acquire the healthcare business of Thomson Reuters, which has been on the block for the past few months. 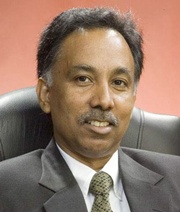 S D Shibulal, CEO and managing director, Infosys, said on Wednesday that the company has expanded its addressable space in terms of acquisitions.

Asked specifically about the possibility of the Bangalore-based software services major acquiring the healthcare unit of Thomson Reuters, Shibulal quipped, ''We are dating, but are not yet engaged. We need to understand each other. We definitely aim to get engaged.''

The healthcare unit of Thomson Reuters generated revenues of about $450 million in 2010. The unit supplies healthcare data and analysis to customers including corporates, government departments and healthcare professionals. It has three divisions – claims, clinical content and analytics for hospitals.

Other major Indian IT players, including TCS, Wipro and HCL are also learnt to be considering acquiring the healthcare unit of Thomson Reuters. The New York headquartered group is a leading source of intelligent information for businesses and professionals. Thomson Reuters employs more than 55,000 people.

Infosys, which on Wednesday reported a 9.72 per cent growth in consolidated net profit to Rs.1,906 crore for the September quarter, is sitting on a pile of cash amounting to over Rs.18,000 crore and is keen on overseas acquisitions.