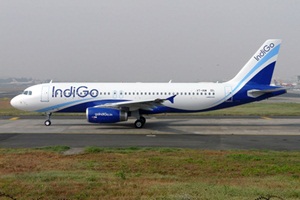 Ghosh has quit as director from 26 April and will step down as president from 31 July, the airline said in a statement late Friday.
Separately, IndiGo said in an emailed statement it would consider appointing Gregory Taylor as president and chief executive officer. Taylor, who was the executive vice president of revenue management and network planning at IndiGo in 2016-2017, has been made senior adviser, the statement added.
The company’s spokeswoman and Ghosh didn’t immediately respond to calls seeking comments.
Ghosh is leaving at a time when the airline is changing some of its most successful policies such as moving to a mixed fleet instead of operating a single aircraft class, buying planes outright instead of leasing them, and planning a new low-cost, long-haul service, Business Standard reported. Ghosh has been IndiGo’s public face over the years as media-shy owners Bhatia and Rakesh Gangwal remained away from the limelight.
He led IndiGo for nearly a decade, growing it to be the nation’s biggest airline.
Under him, IndiGo placed record aircraft orders worth billions of dollars, had a blockbuster initial public offering and became the biggest budget airline in Asia by market valuation.
According to Moneycontrol, many now point to the appointment of Wolfgang Prock-Schauer as chief operating officer in January as the first sign of more leadership churn at the top of India's largest airline by market share, according to Moneycontrol.
An industry veteran of nearly 40 years, Prock-Schauer came with a mix of Indian and overseas experience with stints in Air Berlin, Jet Airways, Austrian Airlines and GoAir. His experience was said to be crucial for IndiGo, which is preparing to launch overseas flights.
Now with Greg Taylor, Bhatia has added one more expat in the senior leadership.
Taylor, who was IndiGo's executive vice president of revenue management and network planning through 2016-17, will take over as president and CEO of the airline later this year.
Bhatia said in his letter to IndiGo employees, "Greg has more than 40 years of enormous and varied experience in large, world class airlines. This experience and his ability to understand the complexities of the airline industry will be invaluable to our future plans."
Sources told Moneycontrol that one more big addition is set to happen in IndiGo's leadership. Willy Boulter, who was vice-president, commercial strategy at Etihad Airways and a senior executive at IATA - the trade association of world airlines - may join IndiGo as chief strategy officer.
Till February this year, Boulter was chief commercial officer of TAAG Angola Airlines. While at Etihad, he was chief commercial officer for Jet Airways, subsequent to the investment by the Gulf airline in the Indian carrier.
Interestingly, his Linkedin profile shows that since February, he is "in transition".
Bhatia also depended on an expat — Bruce Ashby — to set up IndiGo. Ashby was the airline's founding President and CEO.
It's unclear what exactly led to Ghosh's exit. Bhatia's letter to the employees says that Ghosh is looking to start a business venture.
MORE REPORTS