Indian Hotels Co (IHC), a part of the Tata Group, has announced that it will make a Rs500-crore impairment provisioning on its investments, implying an erosion of its goodwill. 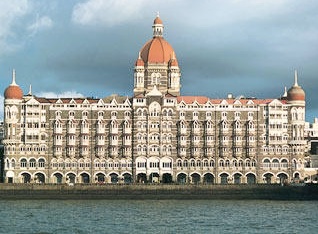 India's largest hotel chain, which controls the Taj, Vivanta, Gateway and Ginger brands, on Tuesday said it expected non-cash provision for impairment in respect of financial exposure in its global and domestic investments.

This provision will be over and above the Rs678 crore already written off on investment in Orient-Express Hotels, the Bermuda-based luxury chain it had sought to fully acquire in a plan that was later aborted.

The company has made an overall investment of about Rs1,000 crore in buying shares of Orient-Express Hotels, but has no control on the management.

''The company has undertaken its year-end review to evaluate the need for any other than temporary diminution in the value of its long-term investments and the impact thereof. This review was undertaken taking into account the external and domestic economic environment and the anticipated future performance of the investee companies,'' the company said in a statement.

A provision of Rs400 crore has been made in the standalone statement of profit and loss and a provision of around Rs100 crore in the consolidated profit-and-loss statement. This is IHC's second impairment provision in less than six months.

Earlier, the company had made a provision of Rs287 crore, arising mainly on account of erosion in value of its OEH investment, which led IHC to report a Rs300-crore loss in the September quarter. Further, the company has warned of reduced cash flows from affected investments in the medium and near term, due to uncertain economic conditions. With occupancy and average room rates expected to come under pressure in coming months, besides increased competition from domestic and foreign brands, IHC is gearing up for a challenging period.

''The impairment is primarily due to a sustained depression in the macroeconomic and market environment globally, as also in the domestic market, and the adverse effect thereof on some of the investments,'' the company's statement said.

Reducing the consolidated debt burden of around Rs3,500 crore is one of the company's important goals. The Tatas' hotel arm, which includes the iconic Taj hotel in Mumbai, reported a 20 per cent rise in consolidated net profit in the quarter ended 31 December to Rs59.57 crore, compared with the same period in the previous year.

IHC is not the only Tata group company that has seen its investments going sour. Earlier this financial year, Tata Steel, India's oldest steel company, announced a $1.6-billion goodwill impairment charge for the loss in value of Tata Steel Europe (formerly Corus).

Tata Motors was forced to write off its Rs700-crore investment in Spanish bus maker Hispano Carrocera. The company subsequently shut the troubled operations and is now ''evaluating options''. Tata Chemicals, too, wrote off Rs484-crore investments in its European operations.