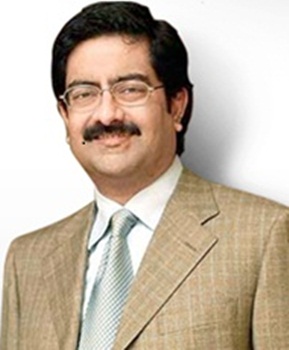 The merger would create the country’s biggest telecom company, replacing incumbent Bharti Airtel.
Kumar Mangalam Birla, chairman of Aditya Birla Group, will be the non-executive chairman while Balesh Sharma, currently chief operating officer of Vodafone India, will be the CEO of Vodafone Idea.
The DoT nod comes days after Idea Cellular and Vodafone India paid up their combined dues of Rs7,268.78 crore 'under protest'.
With the granting of permission for merger, DoT will now transfer bank guarantees for deferred spectrum payments that Vodafone owes to DoT to Vodafone Idea, the new, combined entity.
DoT sources, however, said the approval letter includes the condition that the merged entity will have to comply with the outcomes of pending cases in the Telecom Disputes Settlement and Appellate Tribunal (TDSAT) and other courts.”
The two telcos will now approach the Registrar of Companies (RoC) for stipulated filings for approval.
Post merger, the combined entity would have almost 400 million customers, overtaking market leader Bharti Airtel to account for about 40 per cent of revenue market share in India.
Aditya Birla Group company Idea Cellular and Vodafone India signed the merger agreement last year on the back of mounting losses and loss of market share to start-up Reliance Jio Infocomm. The merger follows a broader trend by India’s network operators who are rushing to consolidate amidst a fierce price war sparked by Reliance Jio.
Idea has reported losses every quarter since Mukesh Ambani-led Reliance Jio started its services in September 2016. Idea is expected to announce fiscal first quarter results on 30 July.
Vodafone India’s revenue for the June quarter declined 31.1 per cent to €959 million weighed down by the ongoing tariff war and cuts in interconnection usage charges (IUC) for both domestic and international calls, the company said in a statement on Wednesday.
Vodafone Group Plc’s services revenue from its India business stood at €955 million in the quarter, down from €1,385 million in the year-ago period.
Vodafone India, along with Kumar Mangalam Birla-owned Idea Cellular, settled government dues worth Rs7,200 crore earlier this week to get the final approval for their merger from the Department of Telecommunications (DoT).
MORE REPORTS