Idea Cellular is reported to have offered Rs4,000 crore to buy out Providence's 16-per cent stake in its subsidiary Aditya Birla Telecom, offering more than 40 per cent premium on the US private equity firm's investment made in 2009. 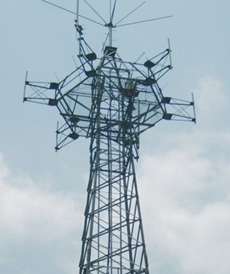 The valuation nearly equates a corresponding value derived from Bharti Infratel, according to an Economic Times report citing sources.

Through its holding in ABTL, Providence Equity Partners owns around 3.2 per cent in Indus. Providence separately owns nearly 7 per cent stake in Idea, which increases its stake in Indus to about 5 per cent.

Both Idea, India's No 3 mobile phone operator, and Providence declined to comment.

According to ET's sources the current deal involves Providence, which has made its investments through its entity P5 Asia Holding Investments (Mauritius) Ltd, exiting only ABTL. Post the stake sale, Providence will renounce any rights it has on what Idea does with its 16 per cent Indus stake.

They also said the US private equity player may agree to the offer. "It has found these returns acceptable. And seeing the fund near its end, an imminent exit is warranted," a second person said. Providence in 2009 made an investment of $420 million, translating to Rs2,100 crore then, but Rs2,828 crore on today's foreign exchange rate since the rupee has depreciated.

Providence, which announced this investment in 2008, has been looking for an exit for the last couple of years. The original investment was made with intent to play on the Indus valuation that was supposed to launch a public listing several years ago.

Indus was the outcome of merger of telecom towers between Vodafone India and Bharti Airtel  - each holding 42 per cent - with Idea holding the balance.

However, first a reversal of telecom licenses and regulatory hurdles in incorporating Indus held off the IPO, and later shareholders didn't agree.

Buyers for Providence have been difficult to come by because investments in Indus can also be made through Bharti Infratel. A banker said investing through unlisted Aditya Birla Telecom is complicated, difficult to exit and cannot be easily traded.

Moreover, Providence could not sell to the most keen buyers of this equity - Vodafone - because Idea Cellular had first right of refusal on that sale, and did not want to let that happen as a matter of strategy.

Yet, telecom tower valuations have been on the rise, albeit with a break at the moment given an anticipated consolidation in the India telecom sector. The uptake of 4G services and operators' rush to launch and expand them makes good business for telecom tower companies.