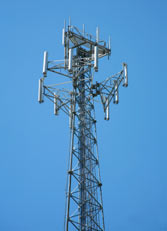 Providernce already holds a $400-million investment in Idea, which it took for a 15-per cent stake in 2006 through a pre-IPO placement.

The Providence investment will be used to fund the network rollout and ongoing operations of ABTL, which owns the universal service licence for providing telecom services in Bihar and Jahrkand and finance the acquisition of a 16-per cent stake in independent cellular tower company Indus Towers, floated jointly by GSM telecom operators Bharti, Idea, Vodafone Essar  to provide passive infrastructure services to various mobile operators in 16 telecom service areas. Indus will be the largest company in the world of its kind with 70,000 cell sites at inception across India, one of the biggest and the fastest growing telecom markets.

Bihar and Jharkand, which come under the Bihar service area for which the firm owns a universal access licence has the second highest population among all service areas in the country, but has the lowest mobile penetration. The company has already received spectrum, and says it is "in an advanced stage of readiness to roll out mobile services under the Idea brand in the next few months".

Idea Cellular has licenses to operate in all 22 service areas of India with commercial operations in 11 service areas and holds spectrum for Mumbai, Bihar, Orissa and Tamil Nadu (including Chennai), and licenses for the remaining 8 service areas. It  has a customer base of over 25 million.

It says that with the planned launch of services in Mumbai, Bihar and Jharkhand in Q3, and Orissa and Tamilnadu (including Chennai) towards the end of the calendar year, Idea's footprint will soon cover approximately 77 per cent of Indian telephony potential.