Construction of Boeing's MRO centre at Nagpur to start this year

Boeing Co will start construction of a $100 million aircraft maintenance, repair and overhaul (MRO) centre in a joint venture with state-run carrier, Air India, this year, according to Boeing India president, Dinesh Keskar. The centre will come up at the central Indian city of Nagpur. 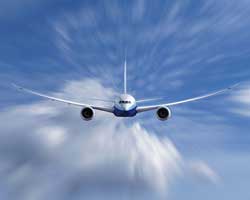 "We had deferred the construction of the MRO since delivery of the 787 was being deferred," Keskar said. "Now, we are on track to deliver the first 787 Dreamliner to Air India by the second quarter of 2011."

Air India has ordered 27 of the twin-aisle, long-haul futuristic aircraft. First deliveries of the aircraft were originally scheduled for late 2009.

According to Keskar, Boeing would take about two to two-and-a-half years to construct the centre. He said the centre would become operational only around 2013, when first maintenance operations on the aircraft would be due. "When Air India gets the plane (787), it won't require maintenance for at least two years, so we are talking about 2013.''