NACIL, EADS to set up a joint venture MRO centre in India

The proposed MRO centre will commence operations from early 2009 once it receives formal approval from the Government of India, a release from both the companies stated. 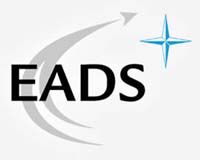 Built at a project cost of around $40 million, spread over five years, the centre would be a member of the Airbus MRO network.

Under the agreement, the joint venture would initially undertake airframe maintenance and repair of NACIL Airbus aircraft and extend facilities subsequently to Airbus and other aircraft models of other airlines.

NACIL, a major operator of Airbus aircraft, is set to induct 43 new A320s into its fleet. The induction programme that began mid-2007 will run through to 2010, the press release added.

The joint venture is a new milestone in the long history of co-operation between India and EADS, the company said, adding that it was keen on supporting the fast-developing aeronautical sector in India.

The MRO facility being set up in India would also cater to markets in the Indian sub-continent and neighbouring countries, EADS said, adding that by 2013 over a hundred single-aisle aircraft as well as ten wide- body aircraft would undergo maintenance on an annual basis.

The centre is expected to employ about 300 technical personnel.