Dallas: US company Raytheon has been contracted by the US Navy to begin developing a next-generation sensor technology for the P-8A Poseidon maritime patrol aircraft.

Raytheon announced it was awarded the navy contract to develop the Advanced Airborne Sensor which is the follow-on airborne radar surveillance technology to the Littoral Surveillance Radar System currently operating on the US Navy's P-3C Orion aircraft. 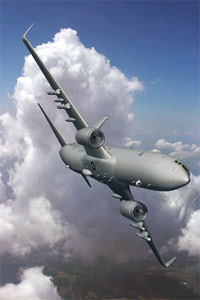 The Advanced Airborne Sensor, expected to support next-generation line-of-site capabilities, will be integrated with the navy's next maritime patrol aircraft, the P-8A Poseidon.

"This is a major leap in technology in support of our customer's missions," Tim Carey, Raytheon Intelligence, Surveillance and Reconnaissance Systems vice president, said in a statement.

By maximizing the incorporation of Commercial Off-The-Shelf (COTS) technologies, the AAS will be highly supportable, maintainable, scalable and upgradeable, reducing unit production and life cycle costs.