The forced exit of GMR Infrastructure from the Male airport project could work to the advantage of China, say experts. GMR was ousted from the project following a dispute with the Maldives government and a Singapore court upholding the Maldive government's right to take over the airport (See: GMR loses court battle for Maldives airport). 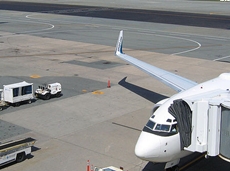 The Financial Express, quoting external affairs ministry officials as saying on condition of anonymity, that China was keen to get a foothold in the Male airport asset as a base in the Maldives would allow it to control the oil routes in the region and give it greater dominance over sea lanes.

Over 80 per cent of international trade to and from Asia passes through Maldivian territory and while  India and the Maldives have enjoyed strong relations, the nation was of strategic interest to China.

The newspaper quoted retd Maj. Gen Major Dipankar Banerjee of the Institute of Peace and Conflict Studies as saying that China's foremost interest in the Maldives lay in the protection of its increasingly important supplies of energy that needed to transit the Indian Ocean.

China has been increasing its presence in the Maldives by building infrastructure projects and supporting the tourism industry. Maldivian traders too, look at China as an import business destination.

According to commentators, however, in view of the growing economic links between India and China, a direct confrontation between thetwo could be safely ruled out.

Meanwhile at midnight, the Maldivian government took control of the Ibrahim Nassir International Airport (INIA) from Indian conglomerate GMR Infrastructure, after the Singapore court gave its verdict. NDTV quoted sources as saying that no official from the Indian firm was present at the venue.