CBI to probe AI-IA merger, other aviation deals under UPA

The Central Bureau of Investigation has registered cases against the merger of Air India and Indian Airlines as well as alleged irregularities in the purchase and lease of aircraft by the two state-run carriers under the previous United Progressive Alliance government, which it says may have caused "huge" losses to the exchequer. 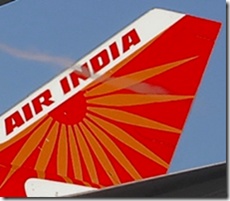 The agency today registered three First Information Reports and a preliminary enquiry (PE) to go into the controversial decisions by the Manmohan Singh government with regard to the two national carriers, including surrender of profitable routes to favour private airlines, PTI reports.

The cases have been registered against unidentified officials of Air India, the ministry of civil aviation and others under charges of criminal conspiracy, cheating and corruption, CBI spokesperson R K Gaur said.

"The cases relate to decisions taken by the ministry during the tenure of the UPA which caused losses of tens of thousands of crore of rupees to the exchequer," he said.

"The allegations relate to purchase of 111 aircraft for the national airlines costing about Rs70,000 crore to benefit foreign aircraft manufacturers. Such purchases caused financial loss to the already stressed national carriers," Gaur alleged about the first FIR.

The Comptroller and Auditor General of India had in 2011 questioned the rationale behind the government's decision in 2006 to order 111 airplanes for AI and Indian Airlines - 48 from Airbus and 68 from Boeing - for about Rs 70,000 crore.

Calling the decision a "recipe for disaster", the government auditor had said it should have raised "alarm" in the ministry of civil aviation, Public Investment Board and the Planning Commission.

The second case pertains to leasing of a large number of aircraft without due consideration, proper route study or marketing and price strategy, he said.

"It was also alleged that the aircraft were leased even while the aircraft acquisition programme was going on," he said.

The third case involves allegations of surrender of profitable routes and timings of Air India to favour national and international private players which allegedly caused a "huge" loss to the state-run carrier.

In its report on the merger of Air India and Indian Airlines, the CAG had called it "ill-timed". Now the CBI will go into various aspects of the merger.

The CBI's action follows the Supreme Court's 5 January direction on a petition filed by the Centre for Public Interest Litigation led by lawyer Prashant Bhushan.

Sources in the CBI told PTI "all stakeholders" were under its scanner with regard to the merger of the two state-run airlines.

The process for the merger was initiated by the then civil aviation minister Praful Patel of the Sharad Pawar-controlled Nationalist Congress Party on 16 March 2006.

Patel had sought a concept paper on the merger and a presentation was made before the prime minister on 22 March that year. A group of ministers had later examined the proposal.

Finance Minister Arun Jaitley had on Saturday said he favoured disinvestment in Air India, as the airline's market share was just around 14 per cent whereas its debt burden stood at a staggering Rs50,000 crore.