A day after resigning as chief operating officer of SpiceJet Ltd on Thursday, Sanjiv Kapoor has been appointed by Vistara, the Tata-SIA Airlines carrier, as its chief strategy and commercial officer. 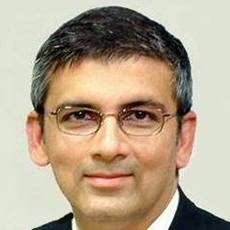 He will assume his new role in February 2016.

Kapoor has over 19 years of experience in the airline industry, having worked with airlines in Asia, Europe, and the US in leadership and advisory positions. A graduate of Dartmouth College, US and with an MBA from the Wharton School of the University of Pennsylvania, Kapoor joined SpiceJet in 2013 as COO.

His previous employers include Northwest Airlines, Bain and Co, Temasek Holdings (Singapore), and the Boston Consulting Group (BCG). Also, as part of his mandate as a special advisor to the board, Kapoor served as chief executive officer of GMG Airlines.

A joint team from Singapore Airlines and Tata group got together two years ago with specific goals to establish the foundation, the systems and processes for the airline.

''We are happy to welcome Sanjiv to Vistara as he will be joining us at a time when the airline embarks on a new phase of growth - with the new aviation policy around the corner and the successful completion of the first year of operation,'' Phee Teik Yeoh said.

Kapoor said he is delighted to be taking on the role in Vistara and the airline has the best possible parentage in the Tata group and Singapore Airlines.

''Indeed, it is already been talked of as the best full-service airline in India, a testimony to the people and the leadership of Vistara. Given its laser focus on its people, product and customers, I look forward to working with Phee Teik and the entire Vistara team,'' Kapoor said.

In January, Ajay Singh, a co-founder of SpiceJet who sold his stake in the airline in 2010, re-entered SpiceJet by buying a stake from Maran.

Singh is back in control after buying out the entire 58.5 per cent stake of Maran and Kal Airways Pvt. Ltd on 23 February.

After staring at the prospects of closure in the winter of 2014, the low-cost airline is back in business under a new management, with more flights and aggressive discounts.

SpiceJet had reported a second consecutive profitable quarter during the April-June period as the airline managed to increase seat occupancy.