Global airlines are expected boost their profitability next year thanks to plunging oil prices, according to a latest report by global airline body International Air Transport Association (IATA). 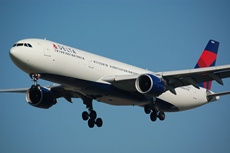 ''Lower oil prices and stronger worldwide GDP growth are the main drivers behind the improved profitability,'' the IATA report said.

IATA's director general and CEO Tony Tyler said, ''The global economy continues to recover and the fall in oil prices should strengthen the upturn next year. While we see airlines making $25 billion in 2015, it is important to remember that this is still just a 3.2 per cent net profit margin.''

Consumers are expected benefit substantially from the improved performance of the airline industry. Average return airfares are likely to fall by around 5.1 per cent on 2014 levels, while cargo rates could drop by a slightly bigger 5.8 per cent.

Return on invested capital (ROIC) is forecast to grow to 7 per cent next year, significantly up from 6.1 per cent ROIC expected to achieve in the current year, although it is lower than the 7.8 per cent weighted average cost of capital, leaving room for further improvement.

The airline body said airlines were expected to spend a major chunk of their profits into purchase of newer, more fuel efficient aircraft.

Oil prices have fallen over 40 per cent in the last six months and the downtrend is expected to continue into 2015.

Crude oil prices hit fresh five-year low yesterday after oil cartel Organisation of Petroleum Exporting Countries (OPEC) slashed its 2015 projection to a 12-year low of 28.9 million barrels per day (mbpd), about 4 per cent lower than its production quota of 30 mbpd.

Brent crude was traded at $64.62 yesterday, 3.3 per cent lower than the previous day.

IATA, which represents most of the world's airlines, expects full-year average crude oil price to be $85 per barrel of Brent and jet fuel prices to be $99.9 in 2015. Total fuel spending, which accounts for about 26 per cent of total aviation industry costs, is estimated to be $192 billion.

Regionally, North America is expected to deliver the strongest profits next year, which will be to the tune of $13.2 billion, up 11 per cent from this year's $11.9 billion. This translates into $15.54 per passenger, reflecting a 6 per cent net profit margin.

Europe, despite slowing economic growth in the region, is expected to register a net profit of $4 billion in 2015, up from $2.7 billion this year. Per passenger, it will be $4.27 and the profit margin for the region is lowest with1.8 per cent.

Asia-Pacific carriers are expected to make a profit of $5 billion next year compared to $3.5 billion this year which works out to $4.30 per passenger and a profit margin of 2.2 per cent.

Middle East airlines, having one of the lowest breakeven load factors and highest capacity growth, are expected to post a net profit of $1.6 billion up from $1.1 billion this year, representing $7.98 per passenger and a net profit margin of 2.5 per cent.

Latin America, although relatively weak in performance due to weak home market, will make $1 billion in profit next year. That would be a profit of $3.53 per passenger and profit margin of 2.6 per cent.

Africa is the weakest region with poor load factor which is expected to make a bare minimum profit of $200 million or $2.51 per passenger.