The Dharmadhikari Committee has recommended uniform pay scales for all employees of Air India, the merged entity of erstwhile Air India and Indian Airlines. 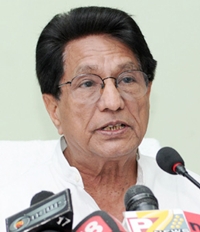 The cut-off date for implementing new pay scales for the employees of Air India (both erstwhile Air India and Indian Airlines) will be 1 April 2007, as recommended by the committee, civil aviation minister Ajit Singh said today.

Air India employees are likely to receive their salary in August as per the recommendations of the Dharmadhikari committee report.

Addressing a press conference in New Delhi, the minister said that the salaries of employees would be protected.

A four-member committee headed by Nasir Ali, director in the ministry of civil aviation, has been asked to do level mapping of Air India employees. The committee will submit its report within the next 45 days, he said.