Texas-based AMR Corp., the parent of American Airlines, is planning to inject millions of dollars in to loss-making Japan Airlines Corp (JAL), say people familiar with the industry.

Badly hit by a downturn in travel, JAL is struggling under losses, which mounted to about 99 billion yen ($1.1 billion) in the April-June quarter. 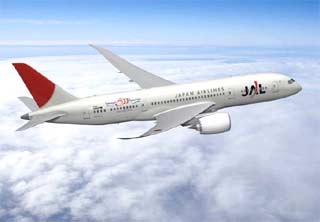 It has forecast a net loss of 63 billion yen for the current fiscal year, which ends next March.

JAL is in talks with several western airlines and also plans to cut the number of flights and cargo routes, and slash costs by 53 billion yen during this fiscal year and another 100 billion yen in the next year.

Delta Air Lines Inc, the world's largest carrier, is also engaged in discussions to take a minority stake in the Japanese carrier.

On Saturday, Japan's national broadcaster, NHK, reported that JAL was also seeking a capital injection from Air France-KLM. JAL hopes to expand its business in Europe through Air France-KLM.