Becoming the third-leading cause of death, stroke is at the leading edge of severe, longstanding ailments. While our lifestyle patterns and diet have enhanced the scope of illnesses especially cardiovascular diseases, the predominance of stroke stays the highest  at about 60 per cent in elderly patients 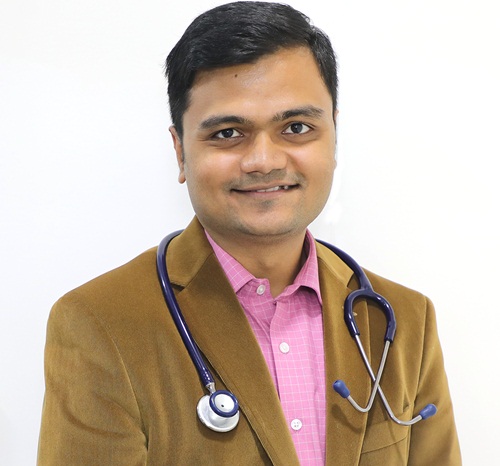 Dr Advait Kulkarni Consultant Neurologist, Columbia Asia Hospital,
Becoming the third leading cause of death, stroke is at the leading edge of severe, longstanding ailments. It is now a well-established that the current lifestyle patterns have only enhanced the scope of illnesses especially cardiovascular diseases following both diet and activity habits in all age groups. However, the predominance of stroke stays the highest (about 60 per cent) in elderly patients.
Increased metabolic and cardiovascular issues along with other age-related problems, make older people more prone to strokes. For each consecutive decade after the age of 55 years, the rate of stroke doubles. It has been observed that almost three-quarters of all strokes occur in people above the 65-year age bracket. Medical and functional fallouts coupled with high BP, abnormally elevated cholesterol comorbid conditions, case fatality, altered metabolism, lower medication compliance, and increased drug interactions, etc. make elderly people, a higher-risk group for strokes. Stroke severity at the outset, pre-existing disability and atrial fibrillation (AF) are among the crucial age-related independent forecasters of diagnosis after stroke.
Though stroke incidences do increase rapidly with age, but they are still not an imminent result of ageing. However, the rapid advances in medical sciences in the last few years, have significantly reduced stroke intensity as well as mortality, resulting in greater survival.  This has led to a rise in life expectancy in the older sections of society.
But to understand the demographics of stroke, it becomes important to understand stroke itself.
Is a stroke the same as a heart attack?
No. A heart attack takes place when the blood flow to one of heart’s parts is blocked and the heart muscle begins to die. But a stroke is more of a brain attack as in its case the blood and oxygen supply to the brain is cut off.
Recognising a stroke
The signs of stroke are often mistaken for other conditions especially by older patients as they already deal with multiple other problems. They do not identify the new symptoms at the outset with acute stroke,  mistake them for symptoms of other illnesses like arthritis, weakness, headaches, or fatigue, which makes them postpone taking immediate action. It is important to differentiate a stroke from other conditions that have similar symptoms such as fits, diabetic low glucose disorders, brain tumour, fainting spells, etc.
Recognising stroke through the initial symptoms, availing emergency evaluation and treatment at the earliest, and taking part in extensive rehabilitation is essential in determining stroke outcomes, more so in the elderly.
While the symptoms are many, the easiest and most important steps to remember while recognizing a stroke are:
F: Face drooping
A: Arm weakness
S: Speech difficulty
T: Time to call for medical assistance
Numbness, weakness specifically in the body parts of one side of the body, confusion, trouble in understanding, walking or in seeing, loss of balance, sudden dizziness, double vision / blurred vision and severe headache are some of the early warning signs of a stroke.
Today's lifestyle affects everyone’s health. The older generation has grown up under entirely different conditions when it comes to routine, environment or food habits. To add to that, the aging body which is already weak becomes home to multiple health irregularities. Irrespective of the age, it is crucial to make healthy choices be it about food or physical activity as these are not just something that is in our control but also something very significant in keeping the body away from multiple medical ailments.
Stroke risk factors
Risk factors and stroke incidences spike in the old age especially in those above and around the age of 75 years especially due to comorbidity. Some of these major, uncommon and inter-related risk factors that to avoid are:
Treatment for Stroke
Patient with stroke symptoms must reach a stroke treatment-equipped hospital within 4.5 hours. The treatment includes injections to burst the clot (IV Thrombolysis), only within four and a half hours of the onset of symptoms in case of Ischemic Stroke. In selected patients intra-arterial thrombectomy can be performed within 24 hours of the onset of symptoms in hospitals where Interventional radiology facilities is available.
That's why it is very important to visit stroke treatment-equipped hospital at earliest.
Small steps towards prevention
However, the good news is that strokes can be avoided; all it needs is some self-care. While there are many treatments that allow you to come out healthy after a stroke; small everyday habits of choosing a healthier lifestyle can keep your body fit, healthy and away from a stroke. here are some tips that are crucial to avoid a stroke, especially in elderly people:
Remember these early warning symptoms:
MORE REPORTS