Chronic diseases like cancer, autoimmune disorders and obesity may ultimately vanquish the efforts of medical intervention unless people change their diet, an Oregon State University (OSU) biologist argues in a paper published this week. 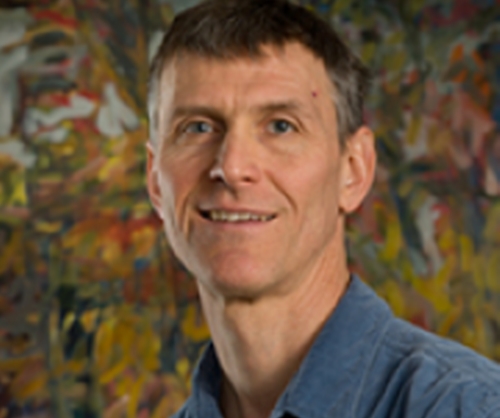 Matthew (Matt) Orr, assistant professor in the College of Science at OSU-Cascades, describes a "restoration ecology" approach toward patient health — every person is like an ecosystem, he says, and effectively fighting chronic disease requires fostering the communities of symbiotic gut microbes that people need for their health.
That means drawing on techniques, which have been developed by scientists over the last half-century, that have restored species diversity and ecosystem function of natural habitats.
"Western doctors generally ignore diet in chronic disease, even diseases of the gut," said Orr, inspired to do this research in part by his own health challenges. "They do not overly encourage or support their patients to change their diet away from high fat and high sugar. Industry and policy have created a platform for people to eat terribly in this country, and many Americans do eat terribly."
The paper, published in the Quarterly Review of Biology, notes that throughout history humans have harmed beneficial species, often inadvertently, through advances of culture and technology. Affected species include those inside of people as well as around them.
The highest known cell density of any microbial habitat on the planet is found in the human gut — there can be more than 1,000 species of bacteria containing more than a half-million genes.
But applying techniques of ecological restoration — assisting the recovery of an ecosystem that's been degraded, damaged or destroyed — to the field of medicine has been a largely unexplored option, Orr and his collaborators found.
Restoration techniques fall into one of two categories — passive and active. Passive means removing whatever disturbances have harmed an ecosystem — such as an unhealthy diet — and then letting the ecosystem heal itself.
If that doesn't work, the next step is active restoration. In nature that could mean physical manipulation of a landscape, exterminating unwanted species and introducing desired ones. In the gut, it might involve probiotics, antibiotics or faecal microbiota transplants.
One tenet of restoration ecology that is ignored by western medicine is that active interventions will not succeed if a passive platform is not established — the disturbance has to be removed.
Part of what compelled Orr to look at the human microbiota from an ecological perspective was the chronic gut irritation he developed from years of doing research in the tropics and taking antibiotics "for bugs picked up at unsanitary field stations."
"I was diagnosed with Crohn's disease and put on a monoclonal antibody inhibitor for life," he said. "Except that I cleaned up my diet, stopped getting the gut irritation, cut out the monoclonal antibody inhibitor, and my symptoms are gone. Two doctors overturned the Crohn's diagnosis in writing.
"All of that inspired me to think about ways that my knowledge of restoration ecology might help to guide physicians away from treating and misdiagnosing other people the way that they had treated and misdiagnosed me."
Gut microbes perform a wide range of beneficial functions. Among other things, they produce nutrients in the form of short-chain fatty acids and vitamins, control blood sugar and weight, reduce inflammation and even improve mental health and psychological well-being.
And as with natural habitats, where successful restoration techniques will vary from year to year and place to place depending on individual circumstances, gut restoration requires a similar approach — one toward personalised medicine given that no two gut sets of gut microbiota are identical.
Except for that they're all essential to the person's health and all subject to disturbances, including the food people eat and the medicine they take.
"Nineteenth-century research identified microbes as agents of disease and set the stage for 20th-century breakthroughs in antibiotic therapies," Orr says. "But antibiotic resistance is now a global crisis, and we're also now aware that antimicrobials can harm beneficial species too."
MORE REPORTS