Engineers at Oregon State University (OSU) have developed and successfully demonstrated the value of a simple pulley mechanism to improve hand function after surgery. 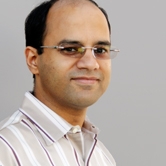 The device, tested in cadaver hands, is one of the first instruments ever created that could improve the transmission of mechanical forces and movement while implanted inside the body.

After continued research, technology such as this may offer new options to people who have lost the use of their hands due to nerve trauma, and ultimately be expanded to improve function of a wide range of damaged joints in the human body.

The findings were just reported in Hand, a professional journal, by researchers from OSU and the School of Medicine at the University of Washington. The research was supported by OSU.

''This technology is definitely going to work, and it will merge artificial mechanisms with biological hand function,'' says Ravi Balasubramanian, an expert in robotics, biomechanics and human control systems, and assistant professor in the OSU College of Engineering.

''We'll still need a few years to develop biocompatible materials, coatings to prevent fibrosis, make other needed advances and then test the systems in animals and humans,'' Balasubramanian says. ''But working at first with hands – and then later with other damaged joints such as knees or ankles – we will help people recover the function they've lost due to illness or injury.''

Initially, the OSU research will offer a significant improvement on surgery now used to help restore the gripping capability of hands following nerve damage. That procedure, called tendon-transfer surgery for high median-ulnar palsy, essentially reattaches finger tendons to a muscle that still works. But the hand function remains significantly impaired, requiring a large amount of force, the stretching of tendons, and fingers that all move at the same time, instead of separately as is often needed to grasp an object.

The new mechanism developed at OSU is not really robotic since it has no sensory, electronic or motor capabilities, Balasubramanian said. Rather, it's a passive technology using a basic pulley that will be implanted within a person's hand to allow more natural grasping function with less use of muscle energy.

''Many people have lost the functional use of their hands due to nerve damage, sometimes from traumatic injury and at other times from stroke, paralysis or other disorders,'' Balasubramanian says. ''The impact can be devastating, since grasping is a fundamental aspect of our daily life. The surgery we're focusing on, for instance, is commonly performed in the military on people who have been injured in combat.''

The new research showed, in cadavers, how the mechanism developed for this problem can produce more natural and adaptive flexion of the fingers in grasping. The needed force to close all four fingers around an object was reduced by 45 per cent, and the grasp improvement on an object reduced slippage by 52 per cent.

Such progress can be an important step to improve function beyond the existing surgical procedure, by providing an alternative to the suture which has been the previous mainstay. The hand, experts say, is amazingly complex, with 35-38 muscles and 22 joints all working together, innervated by three nerves between the elbow and fingertip.

The long-term potential of such mechanised assistance is profound. In some cases, Balasubramanian said, it may indeed be possible to create joints or limbs that mechanically function as well or better than they did originally.

''There's a lot we may be able to do,'' he says. ''Thousands of people now have knee replacements, for instance, but the knee is weaker after surgery. With mechanical assistance we may be able to strengthen and improve that joint.''

This work is part of a rapidly expanding robotics research and education program at OSU, in fields ranging from robotic underwater vehicles to prosthetic limbs, search and rescue missions and advanced manufacturing. New graduate degrees in robotics were just recently added at the university, one of the few institutions in the US to have such graduate programs.