A new government-funded study aims to develop 3D imaging technology to make it easier to identify suspicious objects from a long way off. 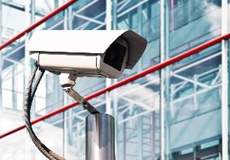 The research forms a continuation of the link-up between University of the West of England's (UWE Bristol) Centre for Machine Vision, part of the Bristol Robotics Laboratory, and Aralia Systems Ltd, and is funded by the UK's innovation agency, the Technology Strategy Board.

The ability to extract high-resolution 3D video information up to hundreds of metres away, particularly in bright sunshine, would be a major advance.

It would have immediate applications in the security and defence industries, for example for long-distance face-recognition, improved identification of left luggage, or the detection of concealed weapons.

Mel Smith, director of UWE's Centre for Machine Vision, says, ''This study will test the feasibility of combining photometric stereo with recent developments in sensor and illumination technology.

''We are going to build a demonstrator system able to operate both at close range and at long distance, and will test it in realistic outdoor environments during night and daytime.

''The 3D information is extracted using novel black silicon sensor technology by analysing multiple images artificially illuminated from different directions. The resulting 3D representation can be relit or rotated so it can be examined from different angles, even if the original detail was saturated with light.''

There are many potential applications for this technology, but CCTV is an obvious one.

Glynn Wright, CEO of Aralia Systems Ltd says, ''This new approach combines novel detector technology and image processing techniques and would be an important advance for the CCTV market. The device could be built into existing security networks.

''There is a need to be able to observe and monitor sites such as ports, airports, shopping centres, embassies, government offices, and energy companies under all natural lighting conditions including bright sunlight or total darkness, or where there is smoke or fog. Using an enhanced remote system like this would reduce the need for a physical security presence.''

The researchers expect that these improvements would lead to cost savings due to fewer false alarms and a reduction in fraudulent insurance claims, as well as increasing safety for citizens and the deterrence of criminal or terrorist activity.