The seeds of Yahoo's defeat lay in the mind of its chief executive Jerry Yang, who refused to consider the benefits of a deal with Microsoft. His dislike for the would-be acquirer came in the way of negotiating a good deal for his shareholders, says Kiron Kasbekar. 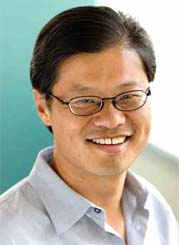 On 18 November 2008, when Jerry Yang announced that he was stepping down as chief executive of Yahoo, the price of Yahoo shares shot up11 per cent! If you think that's insulting, you are forgiven. The Taiwan-born Yang, who co-founded Yahoo in 1994 (the company was incorporated in 1995), and built it into a big global enterprise, has only himself to blame for this comeuppance.

In Chinese philosophy, yin and yang are opposing qualities in the nature of things. So winter is yin to summer's yang in seasonal variations, and femininity is yin to masculinity's yang in human relationships. You can't conceive of one without referring to the opposite.

So, you might think that the yin of Jerry Yang is Bill Gates or Steve Ballmer of Microsoft, the company that offered to acquire Yahoo in a desperate attempt to fend off competitive pressures from search and online advertising giant Google. Think again.

The yin and yang have been within the Yahoo boss's own personality, combined in the intense sense of rivalry with Microsoft, which, on the one hand helped him build Yahoo from fledgling status to a giant, and on the other, blinded him to the advantages of allying with the rival when it became appropriate to do so. So blinded did he get that he forgot that the real threat to Yahoo came from Google.

So, when Yang won a minor skirmish with Microsoft, keeping the Windows wolf from Yahoo's door, he thought he had won the war. He had only hurt himself and his company. He was in a worse situation than King Pyrrhus of Epirus in ancient Greece, who defeated the Romans twice, at Heraclea in 280 BC and at Asculum 279 BC - but suffered staggering losses himself. After Asculum, he said, ''One more such victory will undo me!'' That is what a 'Pyrrhic victory' means - a victory for which you pay a very heavy price.

Pyrrhus went on to fight other wars with the Carthaginians, Macedonians and Spartans. But, after his victory in the battle against Microsoft's hostile bid to acquire Yahoo, Yang was in no position to fight any other wars. He was defeated by the yin (or was it the Yang?) in his own thinking, which was his extreme aversion to arch-rival Microsoft.

Microsoft first threatened to wage a bitter proxy war after Yang refused to contemplate Steve Ballmer's offer of $33 a Yahoo share and demanded an unreasonably higher price for his shares. Then Ballmer decided there was no point in fighting a bruising battle with Yahoo. Yang decided to embrace Google, actually a much bigger threat to Yahoo than Microsoft in the ad revenue business, despite the risk (in fact, near-certainty) that this deal could get torpedoed in an anti-trust judicial trial.