Achala Joshi, not just another writer 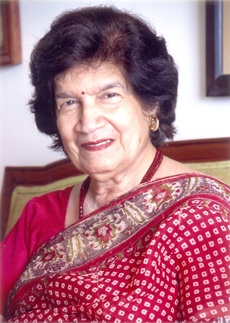 Achala Joshi, 77, is no ordinary woman. She has been awarded a string of medals and certificates in recognition of her work in education, social work, business and literature. She wears several social, commercial and literary hats and has earned the respect of her community that can only come from selfless service and relentless dedication. Her book, Ashram Navache Ghar, about the women's home she has been involved with, over the decades, has won her various literary awards.

Besides this book, two other books, Dnyanatapasvi Rudra, a biography of Professor NR Phatak and another eponymous title on novelist Hari Narayan Apte have been prescribed as reference books by the University of Mumbai.

She is among the first, if not the first woman, to make and market wine in Maharashtra and has been passionately involved in uplifting abandoned women and children. In October 2015, she released a book in English, An Amazing Grace, on her renowned brother, late Dr Ajit Phadke, the noted kidney specialist. Joshi talks to Austin Lobo about her work.

What prompted you to write An Amazing Grace?
As children we always had a full house. We always had somebody or other visiting us at one time or another. Consequently, my brother and I formed a world of our own and this carried on throughout life. This book is really about the philosophy, attitude and behaviour of my brother.

When we got to know that he had been diagnosed with cancer and had limited time, we did not have much to look forward to but plenty to look back upon. I got to know him anew. I thought I would put together 30 or 40 conversations and circulate them privately. But after his death, stories and condolences poured in and suddenly he was larger than life. I realised that this was a life richly led with total moral background and complete devotion to people and to his profession. I realised what a hero this man was and I wanted his qualities to be known.

During our conversations our own friendship - sneha - the highest form of friendship, which comprises supreme goodwill, deepened.

Did you not want to be a doctor like your brother and father?
I am interested in everything. My father used to say that women should not enter the medical profession because he was sure they would stop practising after their marriage. He used to say that the country needs doctors and if a woman were to stop practising after marriage she would be depriving someone else of a medical seat. But my interest in medicine is alive even today.

You have many achievements in diverse fields. How do you manage the time and energy?
My way of working is very simple - I do one thing at a time. Once one project is complete and I am confident that it does not need me to guide it along, I go on the next project. Besides, the more one works at a project, the faster it proceeds. I did not immediately accept the role of president at the ashram [Shraddhanand Mahilashram] for instance. I took on other roles and only when I was sure I would be able to handle the responsibility, did I accept the role of president. It's a matter of time planning.

I have a fairly good insight into the problems at the ashram and take far less time than I used to, to resolve issues. I do not need to sit around for a whole day because I know how a job should be tackled. If I encounter an issue I cannot deal with, I go to others for help.

Tell me something about the ashram.
Shraddhanand Mahilashram is a shelter for women and children. It takes care of the welfare of destitute women and abandoned children. It is really a rehabilitation process. We get people coming from the streets, broken homes, brought in by the police and by our own social workers who spot such people wandering the streets. Our social workers investigate the cases to the best of their ability and we take them in.

We get many offers for marriage for the women we house at the ashram. Actually they are quite in demand as they are skilled and well-behaved.

You also run your own business…
I tasted wine in the US and in Italy and I loved it. I am also very interested in cooking and the two are associated. So I tried to make about five litres and found that it had a good clean taste and aroma. Encouraged by the early success, I tried to make some more. I obtained a licence and distributors wanted more of the same. I told them I would be able to give them more only the following year. They told me this was no way to do business! Finally, I took a small place in Taloja and I still produce wine from there. I intend to expand into sparkling wine and cider, as well. I want to write a book on wine making.

Then I branched out into making quilts in another unit in Taloja. Some of our quits are sold at Harrod's. Another retailer, Osborne and Little, gives me designs and material and I have the quilts made in Taloja and send them across.

I think there has to be a definite line between business and social work. Business is about making money whereas social work is for the welfare of others - it is work for which you give of your own time. I have firm ideas about this. I see no business in social work and vice versa. I think there is no better social work than giving people jobs. I have learned that there should be a pat on the back of a job well done and punishment for inefficiency. One must be business-like even so far as social work is concerned because it helps to prioritise and not waste time. But above all, one needs to have empathy for people in need. I am obliged to the ashram for giving me a chance to work there.