A sandwich is a sandwich even if the filling is different

Ashwin Sanghi, an entrepreneur by profession, is also one of India's highest-selling English authors. His books titled Chanakya's Chant went on to win the Crossword Vodafone popular choice award and UTV-Disney acquired the movie rights to the book. Forbes India ranked Sanghi in its Celebrity India 100 rankings in 2013. Sanghi signed an agreement with the world's bestselling thriller author James Patterson to write an India-based mystery titled Private India which released in July 2014. 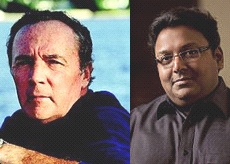 Patterson, largely known for his series about fictional psychologist Alex Cross, has written 69 novels since 1976. He has had 19 consecutive #1NewYork Times bestselling novels and holds The New York Times record for most bestselling hardcover fiction titles by a single author (76), which is also a Guinness World Record. Patterson's awards include the Edgar Award, the BCA Mystery Guild'sThriller of the Year,the International Thriller of the Year award and the Children's Choice Book Award for Author of the Year.

In this interview, with Swetha Amit, Sanghi talks about Private India and the  challenges of co-authoring the book.

From writing mythology and historical fiction, how was the transition to authoring a crime thriller?
A sandwich is a sandwich even though the filling may differ. Thrillers should hook the reader and force him or her to turn the page, producing a thrilling sensation at appropriate points in the story. In that sense, a crime thriller is not very different to a mythological or historical thriller. The primary difference lies in the elements that cause the thrill. In a historical/mythological thriller, the thrill comes from a revelation. In a crime thriller, the thrill comes from an unanswered question.

You have co-authored Private India with James Patterson. How does the process of co-authoring work and what were the challenges did you face while doing so?

James provided a guideline as well as an existing set of characters that need to be woven into the story. Using his guideline, I developed the plot outline. We discussed the plot outline in detail and froze it after amendments. I then proceed to write the first draft. The final draft was written by James. All of this happened with periodic interactions over email. You need more than one voice to create harmony… my insider's perspective on India and its culture along with my passion for research and fast-moving plots were complementary to his proven formula of creating larger-than-life characters and building conflict.

Multiple voices work well in a choir as long as they sing the right notes. I think you'll find that we hit the right notes with Private India…  and this was indeed the biggest challenge. 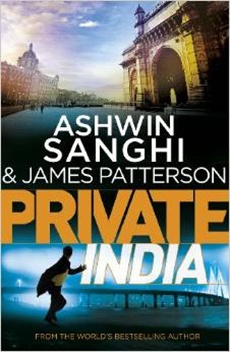 Your book is centred on a plot that involves a serial killer. Considering the increasing rate of crime all over the world, what do you think is the reason behind such heinous acts?
Heinous acts have been there in perpetuity. The medieval world was no less violent. Carrying swords was the norm and grown men would resort to violence at the drop of a hat.

Jack the Ripper existed in the nineteenth century and the Thuggees killed hundreds in India during the 1800s. What has changed is the fact that crime and violence gets reported much quicker and such information gets disseminated faster.

Crime holds a voyeuristic fascination for most ordinary people… if it didn't we wouldn't have breaking news and tabloids. Unfortunately the news also feeds into the minds of those on the precipice.

What prompted you to choose Mumbai as the base for this crime thriller?
Both JP and I were clear that this crime thriller needed to be Mumbai-based. There is simply no better location for a crime thriller. This particular story is set in Mumbai and attempts to convey the full impact of maximum city through Bollywood, the mafia, god men, politicians and business tycoons.

The book describes how the leading investigating officer is constantly battling his own ghosts of the past while working on this case. How challenging is it for one to maintain an objective stance and a level head in such a scenario while dealing with work pressure, especially in the corporate world?
I would imagine that this is a challenge that we all face in our daily lives. It's very difficult to switch off from personal issues in the workplace. In my own case it has been a combination of work-life balance and meditation that has helped.

What according to you makes Private India stand out from other books belonging to the crime fiction genre?
There are two primary differences. One, that Private India is probably the very first international crime thriller set in Mumbai. Second is the fact that unlike other James Patterson books, this one has a mythological angle.

Will there be a sequel to Private India or a follow up of a detective series like other similar crime thriller books?
It could happen but it's too early to say. If you notice the story has been left at a point where Santosh Wagh, the primary detective, is pondering over the question about whether he should continue or not. That question is probably one that is also on the authors' minds!

Considering how many books are turning out to be prospective movie scripts, do you hope Private India follows suit? In general, do you think that a movie can actually live up to the book?
Most authors tend to be in love with every scene that they put into their novels. This means that they are disinclined to allow deviations from the original story. I have watched great films like The Godfather, based on a Mario Puzo novel that wasn't outstanding. I have also seen films like the Da Vinci Code - rather mediocre in comparison to the original Dan Brown novel. I am practical enough to realise that a good book does not always make a great movie. The adaptation and approach in conversion is key.

What are you working on next?
My next is a solo venture, Sialkot Saga, which is about a business dynasty. The story kicks off in Sialkot - in mdern Pakistan, in 1947. I think that my readers will love it. There will be lots of history in addition to the usual plot twists.