The flavour of change 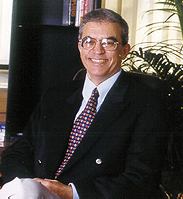 "India is still a glittering El Dorado. There are many myths among those mountains yet. They can put you in tough times; find you fighting your way through real numbers before you can make your boat float." That's Vijay Crishna's honest millennium reading for India. Mr Crishna is managing director, Godrej-GE Ltd. He talked to domain-B a little before GE decided to withdraw from the joint venture because it was not anywhere near establishing its brands in leadership positions in the Indian consumer durables marketplace.

Unlike a lot of crystal ball gazers who see major transformations happening in the country -- in the way businesses will be conducted, products sold, and in the way consumers will behave -- by the start of the next century, Mr Crishna sees this market as "still evolving". "There's a tough battle ahead yet, till it (the market) gets there," he says. "It's a bloodbath now and will get more bloody over the next two-to-three years."

Not that no change will take place. There will certainly be movement towards that stage of development that everybody is predicting. But that will not happen at a snap. "Where I'm coming from, as far as India is concerned, its still too early to tell. Apart from IT being the flavour of the month, it remains on the the horizon here. The Internet has huge potential -- it could be a game-changer in many directions, but my guess is while the rest of the world is looking at its real impact in two-to-three years, in India, it would take closer to five to 10 years."

But there are positive signs, he concedes. Like there being signs already of younger people in the government clearly seeing possibilities in IT and working at "moving it there. If there were more Andhra Pradeshes in this country, we could catch up in three-to-four years."

The other "flavour of the month" -- retailing -- doesn't exactly have Mr Crishna all charged up. "Retailing hasn't actually changed all that much. We're still stuck with the small retailer. Real estate is expensive. Yes, companies are getting in, but in a piddley sort of way.

"Three years ago, when Godrej applied for permission for a joint venture with Macro, it was turned down. Last year, Macro got approval for a 100 per cent set-up. There are some concrete hurdles -- setting up large retail outfits in city outskirts, for instance, needs people pouring in, buying volumes. You have to have numbers. We're still in the 'mom & pop' stage of retail. Actually, what we need is lower prices."