Kerala-born Priyanca Radhakrishnan has created history by becoming the first-ever Indian to become a minister in the Jacinda Ardern ministry in New Zealand. 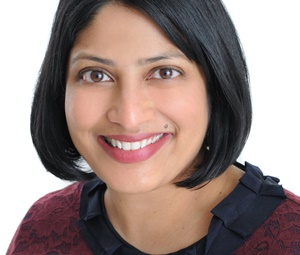 Priyanca, 41, a second time MP,  Priyanca Radhakrishnan has been given three key portfolios which include community and voluntary sector, diversity, inclusion and ethnic communities, youth and is also an associate minister for social development and employment.
A native of Paravoor in Ernakulam district, won the election as Labour Party candidate from the Maungakiekie constituency in Auckland. She was elected first as a Member of Parliament belonging to the Labour Party in September 2017.
Priyanca is the daughter of Paravoor Madavanaparambu Raman Radhakrishnan and Usha. Even though she has her roots in Paravoor, most of her relatives are based in Chennai - where she was born.
Her great grandfather was associated with Left politics in the state where he played a crucial role in the formation of Kerala. She grew up in Singapore and later moved to New Zealand to pursue her master’s degree in development studies from Victoria University of Wellington.
She is marries to Richardson, an IT employee from Christchurch.
A Labour Party leader for 14 years, she was appointed the parliamentary private secretary to the minister for ethnic communities in 2019. Priyanca had served as the private secretary to Jenny Salesa, former minister of ethnic communities.
She has spent her work life advocating on behalf of people whose voices are often unheard – women survivors of domestic violence, and migrant workers who have been exploited.
Her work in that area has helped her build the base for her new role of Minister for Diversity, Inclusion and Ethnic Communities.
Announcing the names of the new ministers, Prime Minister Ardern said: "I am excited to be bringing in some new talent, with the first-hand experience in the areas that they will be working in, and reflecting the New Zealand that elected us on the 17th of October”.
"Within this lineup, I'm playing to people's strengths," she said.
"This is a Cabinet and an executive that is based on merit but also happens to be incredibly diverse," Ardern said, days after her centre-left Labour Party won a landslide victory in the country's general election.
The new executive will be sworn in on Friday, which will be followed by the Cabinet's first meeting.
"Much of what we're focused on is making sure we've got our economic recovery hastened," the 40-year-old prime minister said, adding that ministers will have to deliver results.
MORE REPORTS