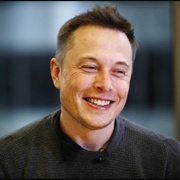 Elon Musk has found the time to start another company - through which computers could merge with human brains, The Wall Street Journal reported, citing people familiar with the matter.

The company called Neuralink will be the vehicle for the development of the "neural lace" Musk discussed on Twitter and elsewhere, according to the WSJ.

Musk has not made an official announcement, but Neuralink was registered in California as a 'medical research' company last July, and he plans on funding the company mostly by himself, a person briefed on the plans told the Journal.

It is unclear what sorts of products Neuralink might create, but people who have had discussions with the company describe a strategy similar to space launch company SpaceX and Tesla, the Journal report said.

In recent weeks, Neuralink has also hired leading academics in the field, the Journal reported.

The "neural lace" Musk has talked about is typically described as an implant or an appendage that would be attached to the brain, and would provide a way for brains to interact with devices, or otherwise augment human intelligence, CNBC reports.

Speaking at the Code Conference in 2016, Musk said to think of the arrangement this way: "You have your limbic system, the cortex, and then a digital layer, sort of a third layer above the cortex that could work well and symbiotically with you."

Though the lace would interact directly with a person's brain, Musk said implanting it might not require extensive surgery, remarking that it could be injected into the veins.

The Journal reports that one of Musk's co-founders at Neuralink is Max Hodak, who co-founded a company called Transcriptic.

Hodak's bio at the Transcriptic website says he was a "research assistant at Duke University Medical Center, where he built brain-machine interfaces for monkeys. As a member of the lab, he witnessed on a regular basis the inefficiencies of basic laboratory work that he felt were ripe for robotic optimization."

In addition to his responsibilities running Tesla and SpaceX, Musk has taken a keen interest in artificial intelligence, which he has at times characterized as a potential threat to the survival of the human species.

To that end, he is one of the sponsors of the the nonprofit OpenAI project, whose mission is to build AI that is "safe," and ensure that the benefits of AI research "are as widely and evenly distributed as possible".