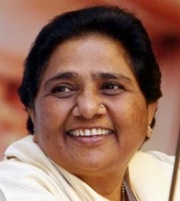 The Bahujan Samaj Party (BSP) led by Mayawati received around Rs104 crore in old demonetized currency its account since the central government's 8 November announcement banning the Rs500 and Rs1,000 currency notes, sources in the Enforcement Directorate said on Monday.

The ED, while conducting searches on a branch of the Union Bank in the capital, also found another Rs1.43 crore deposited in the account of Anand Kumar, former party chief and Mayawati's brother, the investigators said.

The Enforcement Directorate was carrying out searches one of the banks to check possible cases of money laundering after the government scrapped the two high denomination notes.

Reports quoting ED sources said the BSP account in Union Bank of India's Karol Bagh branch received the deposits of these demonetized currency between 2 and 9 December.

The BSP has several accounts in different banks in the capital and outside.

Finance minister Arun Jaitley had earlier clarified that while the 30 December deadline for depositing all demonetized notes remains, political parties can deposit their cash held in the old currency in banks till the deadline without having to pay tax, provided they explain the source of income.

But he said the parties cannot accept donations in the banned currency and their books of accounts should reflect the entries prior to 8 November.

Obviously, Mayawati has been taking advantage of the tax exemption provided to political parties under the Income Tax Act. The exemption can be claimed only if all donations above Rs20,000 are made in cheques and amounts below these are also properly documented, with full details of the donors. These accounts also have to be audited.

The income tax department is planning to question BSP leaders about the Rs104 crore deposited by the party earlier this month in banned currency in one of its accounts.

The BSP is one of the key players in the coming assembly elections in the state, scheduled to be held next year.

Following the ban on high denomination currency, Mayawati had claimed that the note ban will not affect her party's prospects in the forthcoming elections.