Boutros Boutros-Ghali, veteran Egyptian diplomat and the first United Nations Secretary-General from Africa, passed away on Tuesday at the age of 93. The UN Security Council announced Boutros-Ghali's death on Tuesday morning, after which the 15-member held a moment of silence. 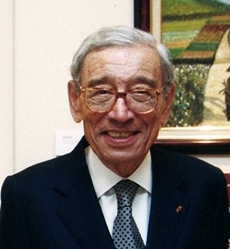 Boutros-Ghali, who helped negotiate his country's landmark peace deal with Israel, served a single term as UN secretary-general as he had then clashed with the United States.

Boutros Boutros-Ghali, the scion of a prominent Egyptian Christian political family, was the first UN chief from the African continent. He is credited with guiding the organisation through the tumultuous early 1990's and for helping shape the UN's response to post-Cold War realities, drafting a seminal report on preventive diplomacy, peacemaking and peacekeeping.

Boutros-Ghali had a long association with international affairs as a diplomat, jurist, scholar and widely published author. He became a member of the Egyptian Parliament in 1987, and at the time of his appointment as UN chief, he had been deputy prime minister for foreign affairs of Egypt since May 1991, and had served as minister of state for foreign affairs from October 1977 until 1991.

In September 1978, Boutros-Ghali attended the Camp David Summit and had a role in negotiating the Camp David accords between Egypt and Israel, which were signed in 1979.

The sixth UN Secretary-General, his term was marked by brutal conflicts in Haiti, Somalia, Rwanda and the former Yugoslavia, among others. Soon after his inauguration, the Security Council met in its first-ever summit of heads of state and it was at their request that Boutros-Ghali authored the report called 'An Agenda for Peace,' an analysis on ways to strengthen UN capacity for preventive diplomacy, peacemaking and peacekeeping.

Also during his tenure, he spearheaded UN structural and management reform.

At UN headquarters in New York, Secretary-General Ban Ki-moon hailed his predecessor as a respected statesman who brought ''formidable experience and intellectual power to the task of piloting the United Nations through one of the most tumultuous and challenging periods in its history, and guiding the organisation of the Francophonie in subsequent years.''

''As Secretary-General, he presided over a dramatic rise in UN peacekeeping. He also presided over a time when the world increasingly turned to the United Nations for solutions to its problems, in the immediate aftermath of the cold war,'' Ban told reporters.

''He showed courage in posing difficult questions to the Member States, and rightly insisted on the independence of his office and of the Secretariat as a whole. His commitment to the United Nations – its mission and its staff – was unmistakable, and the mark he has left on the organisation is indelible,'' Ban stated.