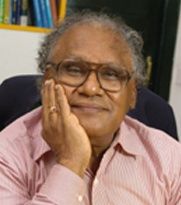 The award is being given for his ''contribution to promoting academic interchange and mutual understanding in science and technology between Japan and India'', an official release said.

Rao is one of the world's foremost solid state and materials chemists and has been bestowed with about 70 honorary doctorates and received the highest civilian award of India, Bharat Ratna.

Professor CNR Rao is a National Research Professor, Linus Pauling Research Professor and honorary president of the Jawaharlal Nehru Centre for Advanced Scientific Research, Bengaluru, an autonomous institution supported by the ministry of science and technology, Government of India.

Professor Rao had made substantial contributions to the development of science in India and the Third World.

Born on 30 June 1934, has authored around 1,500 research papers and 45 scientific books. In 2014 the became the third scientist C V Raman and A P J Abdul Kalam to to receive the Bharat Ratna.