Britain's prestigious Royal Society has confirmed India-born Nobel laureate Sir Venkatraman Ramakrishnan as its president elect. ''The result of a ballot held by the fellowship was confirmed at a meeting of the Society's council this week and Ramakrishnan, or Venki as he is popularly known, will take up the post on December 1, 2015,'' the Society said in a statement. 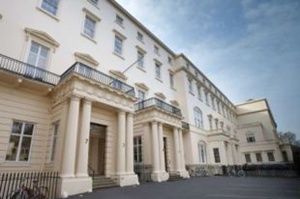 "I feel very touched that the Royal Society has chosen me for this job, especially because I only came to Britain 16 years ago from the US," said the 63-year-old structural biologist who shared the 2009 chemistry Nobel Prize for discovering the precise structure of ribosomes - the molecular machines that manufacture proteins inside all living cells.

"I think in some ways the Royal Society, ever since its inception, has reflected the best traditions of openness in Britain. I think of Britain as a particularly open and tolerant society," he told BBC.

Ramakrishnan, who will be the first Indian-origin scientist to hold the post, was born in Chidambaram, Tamil Nadu, and studied physics at Baroda before studying biology in the US.

He is currently deputy director of the British Medical Research Council's Laboratory of Molecular Biology at Cambridge University. He was elected a Fellow of the Royal Society in 2003 and was knighted by Britain's Queen in 2012.

''Sir Venki studies how genetic information is translated by the ribosome to make proteins, and the action of antibiotics on this process. He received the Nobel Prize for Chemistry in 2009 with Tom Steitz and Ada Yonath and was awarded a knighthood in 2012,'' the release added.