Veteran actress and danseuse Zohra Sehgal, who died of cardiac arrest yesterday aged 102, was cremated in Delhi on Friday. 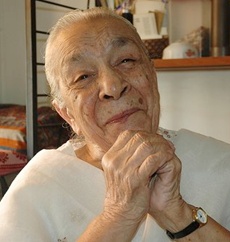 The last rites of the actress, were performed at the Lodhi Road crematorium by her son Pawan in the presence of her daughter Kiran and grandchildren.

Before the final rites were performed, Sehgal's body was kept in an open area for admirers to pay their last respects.

Sehgal will be remembered for her vivacious personality, besides here spirited performances in numerous films and on stage.

Shabana Azmi told NDTV that she worked with Ms Sehgal for the first time in a play in 2002. She added Zoya was around 90-year-old at the time but was always punctual for the rehearsals.

She added Sehgal, a through professional, always had a smile on her face adding that she always used to crack jokes.

According to Akhtar, it was not possible to write the history of 21st century theatre without Zohra Sehgal.

Sehgal who was born on 27 April 1912, started her career as a dancer in choreographer Uday Shankar's troupe, performing in the US and Japan, London's The Independent reported. She went on to perform in many Bollywood films as a character actress, as also in English films like Bend It Like Beckham.

Prime minster Narendra Modi said in a tweet: "Prolific & full of life, Zohra Sehgal made a mark through her acting, which is admired across generations. Saddened on her demise."

Sehgal also acted in television series Doctor Who from 1964-1965. In 2007 she appeared in the  romance film Saawariya, which turned out to be her last screen appearance.