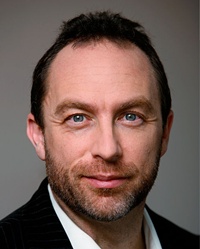 Wales, who advises the government on open access to information online, told Channel 4 News yesterday that the planned software would fail.

Wales' comments come after the prime minister announced last week that by the end of 2014 every new contract with a UK internet service provider would ask customers to opt in to receive adult content.

According to Wales, existing legislation around criminal activity online, including abuse and credit card fraud, was adequate, it was that policing needed more resources.

The Wikipedia founder told Channel 4 News it was interesting that criminal gangs hacking into people's Facebook account was already illegal. He added, he could not think of any new laws that would actually help prevent that. He added what would help was actual enforcement.

There has been a growing clamour in recent days for tighter regulation of micro-blogging website Twitter following high-profile cases of abusive messages, including rape threats, being sent to female users.