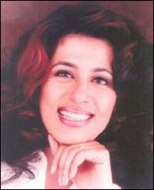 In a judgement with far-reaching ramifications for Indian jurisprudence, the Delhi High Court today ordered the prosecution of Bollywood actor Shayan Munshi and government ballistics expert P S Manocha for turning 'hostile' in the Jessica Lall murder case, an offence which entails a punishment of up to seven years' imprisonment.

The high court directed its registrar-general to file a complaint against Munshi and Manocha before a trial court, while it absolved 17 other witnesses from the charge of giving false evidence during their deposition in the trial.

"The registrar general of this court to file a complaint before the competent court having jurisdiction to consider and take action under section 340 of the CrPC (Criminal Procedure Code) against the respondents [Munshi and Manocha]," a bench of Justices S Ravindra Bhat and G P Mittal said.

The decision came more than two years after the court reserved its order in the perjury case on 4 May 2011.

The court had suo motu taken cognizance of the matter and sought to prosecute 19 witnesses for perjury who turned hostile, asking the prosecution how so many of its witnesses performed a somersault in trial.

However, it today acquitted the 17 others accused.

Model Jessica Lall was shot dead in April 1999 by Manu Sharma, son of Haryana Congress leader Venod Sharma, after she refused to serve him a drink late at night during a party at socialite Bina Ramani's restaurant Tamarind Court in South Delhi.

A trial court had acquitted Manu Sharma after witnesses turned hostile and changed their testimony. However, the high court reversed the trial court's verdict and awarded life imprisonment to Sharma.

Witnesses generally turn 'hostile' and take back their initial statements on being threatened or offered bribes by the defence to change their testimony. This problem is endemic in India, which lacks a witness protection system.

The bench today also referred the issue of witness protection to the chief justice of the court, saying it should be treated as public interest litigation (PIL).

Shayan Munshi was the original complainant in the case; but subsequently changed his testimony on the specious plea that he "did not know Hindi".

Other witnesses too had gone back on their earlier testimony.