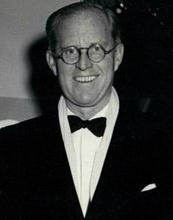 Joseph Kennedy, the patriarch of an American political dynasty that spanned several decades, made his fortune in shady ways, according to Federal Bureau of Investigation (FBI) documents which have recently come into the public domain.

He made his first million by muscling in on a secret deal with Scottish distillers to import whisky into America after Prohibition was lifted around 1929, the FBI documents show.

The arrangement may have earned Kennedy $1million a year; and could be the real reason he was sent to London as US Ambassador in 1938, the Scottish Express suggests.

The intriguing revelations are contained in papers stored in the FBI's vast vault, which are now accessible to the public under US secrecy laws.

Kennedy, a brash Irish-American industrialist, movie-maker and stock trader with rumoured ties to bootlegging and gangsters, was seen as an unlikely ambassador.

He enjoyed mixing with London high society and his daughter even married the heir to the Duke of Devonshire.

However, he may have been something of a fascist at heart. He repeatedly claimed that Germany would inevitably defeat Great Britain, and argued against American military and economic aid after the war began.

But he was disparaged for fleeing the Blitz when Royal Family members stayed behind.

Many observers regarded his efforts to keep the USA out of the war as an attempt to protect his three eldest sons. Kennedy resigned as ambassador in November 1940 after he actually said the Battle of Britain was ''not about fighting for democracy''.

But the FBI files suggest his disastrous tenure as ambassador may have been the result of the whisky deal.

A typed memo reveals that in April 1942, a ''confidential source of unknown reliability'' told the FBI about an arrangement involving Kennedy and associates whose names are redacted. One may be James Roosevelt, the son of President Franklin D Roosevelt, with whom Kennedy had founded a liquor distribution company.

The FBI memo says, ''American liquor interests were said to have objected strenuously to the above procedure and caused their presidential and congressional contacts to bring pressure against it.''

According to the files, Kennedy then took over the contract, ''suggesting that the latter assume the interest previously secured''.

The memo states, ''To avoid any objections that might have been imposed by Distillers Limited, regarding the continuation of these contracts by Kennedy, it was considered a good idea to have Kennedy go to Great Britain as Ambassador.

''Kennedy reportedly carried on with the agreements entered into by (name redacted) and allegedly received an annual income from that source of over one million dollars.''

That sum – equal to $16million today – might probably have provided the family fortune that helped put the almost-revered John F Kennedy in the White House.

In America of course serious political contenders must be 'self-made' men, with either a private fortune or professional success in private life before they enter the arena – in sharp contrast to South Asian countries like India, where people enter politics in order to make fortunes.