The International Monetary Fund (IMF) and the World Bank will accelerate reforms in the voting structure of both, to give emerging economies like China, India and Brazil more say in the affairs of the multilateral financial institutions. 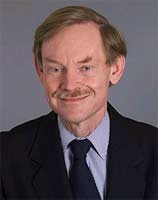 However, any changes in the voting rights can only take place after the IMF-World Bank meeting in Spring 2010.

The IMF said it is working on expanding and enlarging the New Arrangements to Borrow (NAB), as well as making it more flexible. Currently, there are 26 participants with credit arrangements in the NAB.

''Increasing the flexibility of the NAB would make it a more effective backstop to quota resources. Both an increase in current arrangements or an amendment to the NAB would require the agreement of current NAB participants representing 85 per cent of total credit arrangements and a decision of the IMF,''  a release issued today said.

In some cases, IMF noted, legislative approval may be needed before participants can agree to increase their credit arrangements or to other significant changes in the NAB.

IMF managing director Dominique Strauss-Kahn said the quota change should reflect the reality of the day.