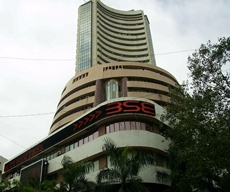 On Thursday, the BSE Sensex fell 194 points to close at 32,389 while the National Stock Exchange index Nifty closed 64 points down at 10,146. Sharp losses in metal and banking stocks weighed on the market. BSE's banking index fell 1.2 per cent while the metal index was down 0.90 per cent.

A 2-per cent crash in Hong Kong's stock markets on Thursday led to a global equity sell-off, spreading panic among domestic traders too.

All sectoral indices closed in the red on Thursday. Nifty Bank hit badly, falling 304 points or 1.25 per cent while Auto, FMCG, IT, Metal and Pharma indices were down 0.2-0.9 per cent.

Axis Bank, which reported a surprise jump in its non-performing assets on Tuesday, crashed 10 per cent to close at Rs458.

HDFC Bank, ICICI Bank, Yes Bank, Kotak Mahindra Bank and IndusInd Bank were down 1-2 per cent after the RBI's latest minutes indicated that there could be no rate cut in December policy meeting.

Reliance Industries share price hit a record high of Rs921.90 in opening trade but failed to sustain those gains for long. The stock ended down half a percentage point on profit booking.

Bharti Airtel was biggest gainer among Nifty 50 stocks, rising 2.55 per cent. The stock had gained 21 points so far in October, especially after its deal with Tata Teleservices.

Tata Teleservices was locked at 5-per cent upper circuit again. Its board of directors has approved fund raising up to Rs20,000 crore.

The broader markets ended mixed as the BSE Midcap index was down 0.25 percent while Smallcap gained 0.11 per cent. About 1,490 shares advanced against 982 declining shares on the BSE.

All the major stock indices in Europe and the US were down between 0.5 and 1 per cent.

Despite historically high valuations, most domestic brokerage houses have given a bullish target for the next year, too. Kotak Securities has a target of 11,850 for the Nifty, while on the downside, it sees 9,400 as a major support level for the market.