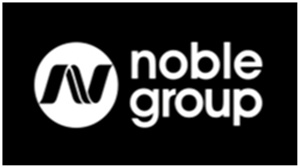 Noble executives visited China in recent months to hold talks with Sinochem's management, and both sides also met at Noble's US regional hub in Stamford, Connecticut, the report said.

Reacting to Reuters report, Noble informed the Singapore exchange that it was holding talks but did not give details.

"The board wishes to advise that Noble Group is currently engaged in discussions regarding a possible strategic investment in Noble Group," the statement said.

Singapore-listed Noble is looking for investors as it seeks to reduce debt and boost liquidity in order to cope with long-term downtrend in commodity prices.

Sinochem is looking at Noble's North America energy trading, which could complement its existing portfolio, the report added.

A potential deal would come two years after Noble Group sold a 51-per cent stake in its agribusiness to Cofco Corp, China's largest grain trader for $1.5 billion, and three months after it sold its North American energy distribution unit to Texas-based power generator Calpine Corp for $1.05 billion, as part of its restructuring to reduce debt.

In November, Noble met its capital raising target of $2 billion through asset sales, a rights issue and restructured its operations.

The sale comes as Noble is trying to rebuild its image that had taken a beating when a little known outfit, Iceberg Research, accused it of accounting fraud in 2015 and claimed it was going to be the next Enron, leading to a collapse of its share price and credit ratings.

Nobel is a market leader in managing the global supply chain of agricultural, industrial and energy products.

It manages a diversified portfolio of essential raw materials, integrating the sourcing, marketing, processing, financing and transportation through 100 offices in more than 40 countries.

It sources raw materials from low-cost producers such as Brazil, Australia and Indonesia and supplies to high-growth markets including China, India and the Middle East.