Andhra Pradesh, which has set a target of a million electric vehicles on roads by 2023, will invest Rs30,000 crore and give complete reimbursement of road tax and registration fees on sale of electric vehicles until 2024, in order to promote electric mobility in the state. 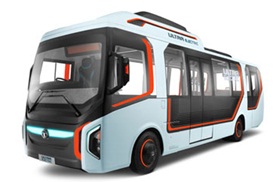 The electric mobility policy rolled out by the Andhra Pradesh government on Wednesday proposes incentives to consumers, auto makers, battery manufacturers and charging infrastructure in a bid to promote electric vehicles (EVs), involving investment of over Rs30,000 crore in the next five years.
Electric vehicle manufacturers will get a 10 per cent capital subsidy for the first two companies setting up manufacturing units in Andhra Pradesh and reimburse stamp duty on purchase or lease of land as well as state GST.
Besides, the government will provide discounts on water and electricity bills as additional benefits for setting up manufacturing facilities in Andhra Pradesh.
As part of the EV policy, the state government has signed a memorandum of understanding (MoU) with Japanese carmaker Toyota, which has started feasibility studies for the introduction of “Prius PHEV” and “Small EV Commuter” into the ambitious smart city project at Amaravathi.
"Toyota sincerely appreciate Government’s ambitions to reduce the pressing issue of pollution in the country through electrification of vehicles. As a responsible auto manufacturer, we believe that we have a bigger role to play in the nation by addressing the problems of safety, energy security and emissions," Akito Tachibana, managing director of Toyota Kirloskar Motor, said.
The government of Andhra Pradesh will convert its existing city buses in 4 cities to all-electric buses by 2023 and in the whole state by 2030. Besides the upcoming capital city of Amravati, other major cities like Visakhapatnam, Vijayawada and Tirupati will get electric buses.
To support the charging infrastructure, state-run power distribution companies will set up 100 fast charging points in available public spaces, commercial and residential building and government offices in these cities.
MORE REPORTS