EESL to float tender for another 10,000 e-vehicles

Energy Efficiency Services Ltd (EESL) will float a fresh tender for another 10,000 electric vehicles during March-April, much before bidders in current tender completes delivery of the 10,000 e-vehicles contracted for by June next year. 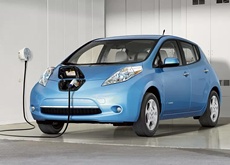 IN September EESL had awarded a similar contract to Tata Motors, which had emerged the lowest bidder quoting a price of Rs11.2 lakh, inclusive of GST and a 5-year warranty (See: Tata Motors wins govt tender for supply of 10,000 electric vehicles).

Subsequently, Mahindra matched the quote by the Tatas by decreasing the bid amount by Rs2.3 lakh per unit and  the order was jointly split between Tata Motors and M&M for 10,000 e-vehicles, kicking off India's electric vehicle procurement programme.

While not much is known about Tata's electric sedan, Tigor, Mahindra is ready to deliver the first lot of vehicles in the EESL tender in a few days (See: Mahindra starts delivery of `e-Veritos' under EESL contract).

''We will come up with another tender for similar number of electric vehicles. Basic specifications for those electric vehicles will remain the same,'' Saurabh Kumar, managing director, EESL, said at a press meet on Wednesday.

The e-vehicle industry in India is still in its infancy and local manufacturers are trying to leapfrog into a new era mostly with acquired expertise. The EESL tender is expected to give local auto manufacturers a springboard to eco-friendly technology.

EECL, meanwhile, is reported to have taken delivery of the first 500 vehicles being supplied by Tata Motors and Mahindra and Mahindra.

The e-vehicle tender is part of a long-term plan to replace nearly half-a-million petrol and diesel cars used by the government and its agencies, including leased vehicles.

Kumar said EESL expects to earn a profit of Rs250 crore on revenue of Rs3,500 crore in the current fiscal year.

The government contracts may be too small for any company's sales growth but the frenetic action around them seem to have kick-started electric mobility in the country.

EESL, which is spearheading the government's electric mobility programme, is a joint venture of four power sector PSUs - NTPC, REC, PFC and PowerGrid. EESL had in the past disrupted the LED bulb industry by floating bulk tenders that lead to an eight-fold decline in the price of a 9 watt LED bulb in three years.

The government wants to see 6 million electric and hybrid vehicles on Indian roads by 2020 under the National Electric Mobility Mission Plan 2020.