In defiance of the Trump administration, California's environmental regulator will continue to maintain the state's cleaner-car standards till 2025 and follow it up with formal efforts to tighten rules for the nest five years. 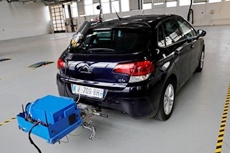 Targets for sales of cars that needed to be powered by battery, fuel cell or plug-in hybrid powertrains were set for 15 per cent by 2025, from about 3 per cent currently.

According to commentators, the California Air Resources Board's (CARB's) vote to pursue stricter emissions rules could lead to conflict with President Donald Trump, who described environmental regulations in the US as ''out of control'' when meeting the chief executive officers of General Motors Co, Ford Motor Co and Fiat Chrysler Automobiles NV in January.

CARB's chairman questioned the industry for seeking a review of federal standards that Trump agreed to reopen.

''What were you thinking when you threw yourselves on the mercy of the Trump administration to solve your problems?'' chairman Mary Nichols said during a hearing Friday. ''What did you mean when you said you don't want to question the overall thrust of the standards? Why do another review if the current program is basically okay?''

According to commentators, the vote by CARB pointed to the state's plan to stand up to president Trump's agenda. Leading politicians in the state, from the governor down to many mayors, had promised to lead the resistance to Trump's policies.

California could set its own standards thanks to a longstanding waiver granted under the Clean Air Act, which gave the state a significant hold over the auto industry. Twelve other states, including New York and Pennsylvania, Washington DC, follow California's standards, a coalition that covered over  130 million residents and more than a third of the vehicle market in the US.