US wins car export spat with China in WTO ruling

The World Trade Organization on Friday ruled in favour of the United States in a trade dispute with China over duties slapped on US exports of large cars and sport utility vehicles. 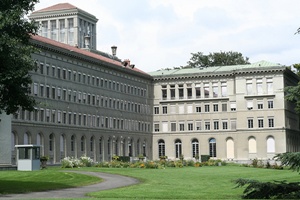 China, the second-biggest market for US auto exports, in 2011 started levying punitive duties on vehicles with engines of 2.5 litres and above, in apparent retaliation for US trade policies. The duties have since expired.

China, which only joined the WTO in 2001, is the second-most common target of US disputes at the trade body after the European Union.

US Trade Representative Michael Froman said the duties affected $5.1 billion in US auto exports in 2013, including popular models such as the Jeep Grand Cherokee, Buick Enclave and Cadillac Escalade. Total US auto exports to China totalled $8.6 billion.

Although Froman said he was pleased China had dropped the duties, which ranged up to 21.5 per cent, he said it was worrying the United States had brought, and won, three WTO cases against China over unfair import duties.

"We remain deeply concerned by the troubling pattern of China's misuse of anti-dumping and countervailing duty measures," Froman said at a news conference, flanked by Michigan lawmakers Sander Levin and Debbie Stabenow, whose state is home to US car makers Chrysler Group LLC, Ford Motor Co and General Motors Co.

China argued the duties were imposed because US automakers had received US government subsidies and dumped their vehicles into the Chinese market, harming China's auto industry.

A spokesman for China's Embassy in Washington noted that the WTO rejected some arguments by the United States and supported some of Beijing's. China also had reservations about some elements of the WTO decision, such as the calculation of the dumping margin, spokesman Geng Shuang said a statement.