Sales reports coming out from various companies for August 2019 has been very dismal with over 30 per cent erosion of sales for passenger vehicles, Rajan Wadhera, president of the Society of Indian Automobile Manufacturers (SIAM) said on Monday. Sales of commercial vehicles and two-wheelers are also significantly negative, indicating that the market has still not responded to the various measures initiated by the finance minister last month, he said. 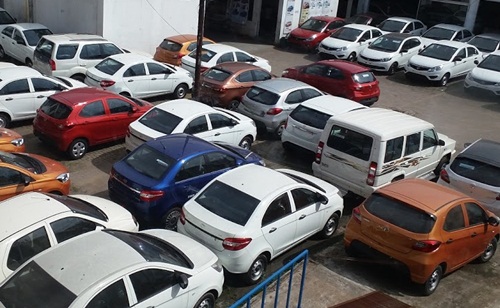 The series of announcements on credit availability and reducing the cost of credit that were made do not seem to have percolated down to the NBFCs, which support the bulk of finance for the automotive industry, Wadhera said, adding that the consumer sentiment also continues to be low and there is clearly a trust deficit in lending money to the dealers.
He said while the Industry has been offering attractive deals and discounts to the consumers, the ability of the industry to provide large discounts is limited and this clearly highlights the need for government to consider reducing the GST rates from 28 per cent to 18 per cent, which would significantly reduce the cost of vehicles and in turn create demand.
There is also an urgent need to come out with an integrated incentive based scrappage policy covering all segments of the auto industry as promised by the finance minister, he said.
Auto industry has always been looking at the festival season to boost sales. But, with the season around the corner, it is imperative that these decisions are taken quickly and announced without delay so that the industry could hope for a better festival season that could harbinger a recovery in the industry, Wadhera pointed out.
The Federation of Automobile Dealers Association (FADA), however, said it was cautiously optimistic about retail sales to be either flat or marginally positive during this festive season compared to last year when there was degrowth.
According to FADA, the ongoing slowdown is more due to uncertainty over GST reduction and customers tend to postpone purchases.
In August, the Indian automotive industry received a much-needed push from the government with finance minister Nirmala Sitharaman announcing several measures to help the industry.
This comes at a time when the entire automotive sector in India is ailing with a slowdown that has resulted in it touching a 19-year low in terms of sales. This has spread throughout the various segments including passenger vehicles as well as commercial vehicles, and component manufacturers. As per reports, since April 2019, there have been over 3.5 lakh layoffs across the industry and the situation is set to get worse.
As per the data that was recently released by the Society of Indian Automobile Manufacturers (SIAM), vehicle sales across categories, including passenger vehicles (PVs) and two-wheelers, stood at 18,25,148 units last month as against 22,45,223 units in July 2018. The previous biggest decline across overall domestic automobile sales was recorded in December 2000 when it fell 21.81 per cent.
On Sunday, major companies such as Maruti Suzuki India, Hyundai, Mahindra & Mahindra, Tata Motors and Honda reported a high double-digit de-growth in their sales in August.
While Maruti reported a 33 per cent drop in August sales at 1,06,413 units, sale of passenger vehicles by Tata Motors fell 58 per cent during the month.
Sales of Honda Cars India and Toyota Kirloskar Motor (TKM) dropped 51 per cent and 21 per cent, respectively.
Similarly, Mahindra & Mahindra (M&M) saw its domestic sales dip by 26 per cent to 33,564 units last month, compared to 45,373 units in August 2018.
MORE REPORTS