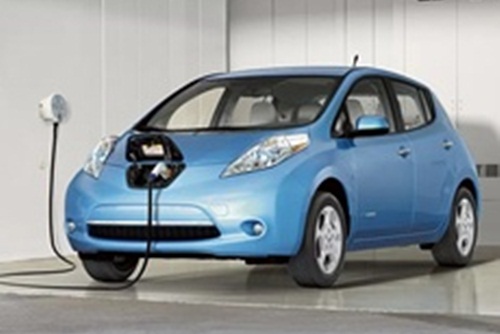 EESL, which is tasked with procuring electric cars to replace petrol and diesel vehicles used by government offices, was expected to replace the first 10,000 vehicles by March 2019. However, the Modi government has delayed the roll-out plan by almost a year.
EESL issued its first tender for 10,000 cars in September. It planned to roll out 500 cars by November and the rest by June and the remaining in phases by March 2019. But this now seems unlikely, Saurabh Kumar, the agency’s managing director, said.
In November 2017, EESL had said it would float a fresh tender for another 10,000 electric vehicles during March-April, much before bidders in earlier tender completed delivery of the 10,000 e-vehicles contracted for by June next year.  In September EESL had awarded a similar contract to Tata Motors, which had emerged the lowest bidder quoting a price of Rs11.2 lakh, inclusive of GST and a 5-year warranty (See: Tata Motors wins govt tender for supply of 10,000 electric vehicles).
“The need for building more charging points for 10,000 electric cars and states being slow in taking deliveries are the reasons for the delay,” Kumar said in a phone interview. There are about 150 cars in the capital New Delhi and about 100 in southern Andhra Pradesh state and other provinces as of now, Kumar said.
Of the about 200 charging stations built for these cars, over 100 are in Delhi.
Prime Minister Narendra Modi’s administration is aiming to have more than 30 per cent of vehicles run on electricity by 2030 in a bid to lower air pollution and curb reliance on fossil fuels. Cheap fossil fuel-driven cars and an absence of state subsidies for electric vehicles make purchases by the government and companies critical for EV sales, according to BNEF, which expects EVs to comprise about 7 per cent of sales in India by 2030.
“These tenders are the largest drivers for EV demand” during the next three to five years, according to Allen Tom Abraham, a BNEF analyst in New Delhi. “If these large procurement programs falter, auto-makers would prolong any plans they have to introduce mass-market EVs in India.”
Tata Motors Ltd and Mahindra & Mahindra Ltd, had emerged winners in EESL’s first tender for 10,000 electric cars earlier this year.
MORE REPORTS