Hindustan Motor's once stately Ambassador car brand, which once had patrons among the high and mighty as well as the common man, has finally been sold to European carmaker Peugeot after lying dormant for over two years.

The C K Birla group firm, which stopped production of Ambassador cars at its Uttarpara plant in 2014, has now inked an agreement to sell it to Peugeot SA for Rs80 crore.

"Hindustan Motors has executed an agreement with Peugeot SA for the sale of the Ambassador brand, including the trademarks, for a consideration of Rs80 crore," Hindustan Motors said in a regulatory filing on Friday.

"We intend to use the proceeds from the sale to clear dues of employees and lenders," a CK Birla Group spokesperson said.

To those who grew up in the 1960s and '70s, Ambassador wasn't just a car; it was an inseparable part of India's urban landscape.

The car's absence of looks was never in doubt. But in an era of limited choices, the spacious four-wheeler was the preferred choice for most Indians who could afford it. Even today for many, the car remains synonymous with memories of their fonder and younger days and a marker of a more innocent India.

While Ambassador was once the preferred car for discerning people in the country, irrespective of their social hierarchy, and has still followers, it is not clear if Peugeot will relaunch the Ambassador brand in India.

The Ambassador brand was introduced seven decades ago when Hindustan Motors launched the Morris Oxford series II (Landmaster) in a new avatar with minor changes. 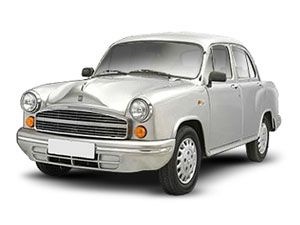 Last month, the PSA Group had inked a partnership with the CK Birla group to re-enter the Indian market with an initial investment of €100 million (around Rs700 crore) to set up vehicle and powertrain manufacturing in Tamil Nadu.

The two companies had signed two separate joint venture agreements which proposed an initial manufacturing capacity of about 1,00,000 vehicles per year to be followed by incremental investments to support a progressive ramp-up of the long-term project.

The manufacturing capacity for powertrains will cater to the domestic market requirements and global OEMs. The agreements also envisaged incremental localisation necessary for cost competitiveness.

The companies expect the Indian automotive market to reach 8-10 million cars by 2025, from the current 3 million in 2016.

The PSA group, which sells three brands Peugeot, Citron and DS first entered India in a partnership with the erstwhile Premier Motors, but pulled out of the JV Peugeot PAL India in 2001.

Later, in 2011, the group announced plans to re-enter the Indian market with a mid-sized sedan, 10 years after it had exited the country. The plan, however, did not materialise.