Citizens may consider the National Green Tribunal's order banning the registration of diesel vehicles in the National Capital Region a good move – according to a Times of India poll, 42 per cent of Delhi residents approve of it – but carmakers will be hard hit. 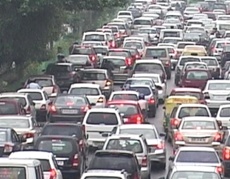 Manufacturers have invested heavily in diesel technology in the recent past, and the decision, an interim measure until the next hearing on 6 January, means the manufactures won't be able to sell 10,000 to 12,000 diesel vehicles during the period, unless it is overruled by the courts.

According to The Economic Times, this back-of-the-envelope calculation has been corroborated by industry executives.

The order has caused a Rs6,614 crore dent on the market capitalisation of auto and parts manufactures, with shares of Maruti Suzuki, Mahindra & Mahindra, Tata Motors and Bosch all ending lower on Friday. Companies such as Hyundai, Honda, Toyota, Renault and Ford too would be hit by the NGT decision

The National Capital Region accounts for nearly 12 per cent of passenger vehicle sales in India, with Delhi making up 7 per cent. Diesel vehicles contribute about 25-30 per cent to the total sales in the region.

The order comes even as the Delhi government decided to restrict private cars in the city through an odd-even formula to contain pollution.

The industry says today's diesel cars are greener than before, and so there is a need to clear the perception that diesel is dirty. The multiple orders from different authorities are not only expected to disrupt sales immediately, but also create a lot of confusion for buyers, they said.

"Instead of resorting to any knee jerk reaction or ad-hoc decisions, which may lead to confusion in consumers' mind, there is a need to bring all the stakeholders together to work out a robust long-term plan," Renault India managing director Sumit Sawhney said. Focusing on the transportation sector alone won't help, he added.

Citing reports based on an IIT-Kanpur study, Vishnu Mathur, director-general of the Society of Indian Automobile Manufacturers Association, said the automobile sector contributed just 25 per cent to Delhi's pollution and only 10 per cent of transport pollution came from passenger cars. So this decision affects only 2.5 per cent of the overall problem. "Is it justified," he asked. "By this, you may potentially make thousands of crores of investment go waste. It has economic impact, it impacts Make in India and employment,'' he said.

Gaurav Vangaal, senior analyst at IHS Automotive, said the central and state governments, auto companies as well as environmentalists must come together to provide a clear roadmap for the industry on emissions. "The ambiguity should be avoided on the subject," he said, adding that it would allow manufacturers to channel their investment in right direction.

The NGT also directed central and state departments not to purchase any diesel vehicles. The order had stated that no new diesel vehicles would be registered in Delhi, and vehicles older than 10 years should be phased out completely. Industry is keeping a very close eye on the separate case filed by Harish Salve on banning diesel vehicles in 16 different cities. This case is expected to come up for hearing on 15 December.