Following its success in the ride-sharing business, Uber is making a move into electric cars, as it teams up with Chinese auto maker BYD Co in a move to potentially challenge Telsa Motors Inc and other green-vehicle makers, according to reports. 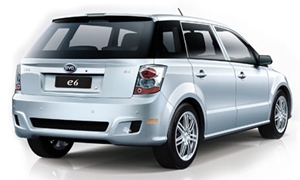 A Reuters report on Friday cited Uber spokeswoman Lauren Altmin as saying the company had launched a pilot programme in Chicago, in which BYD's electric cars would be made available to Uber drivers for leasing or purchase, via local car dealership, Green Wheels USA.

About 25 BYD cars had been in use since the programme got underway a few weeks ago, according to car pooling club Green Wheels, which expected the total to reach 200 or so by the end of this year, according to the report.

The most popular option allowed an Uber driver to lease the BYD e6,a long-range, pure-electric utility vehicle for $200 a week.

Reuters quoted Altmin as saying the programme might expand to other US cities.

The partnership marked a step forward for BYD, in which Buffett's Berkshire Hathaway had invested in 2008 (See: Warren Buffett moves into electric car market with $231 million investment in Chinese firm BYD).

The company was also looking to take part in similar tie-ups back home with Chinese firms, such as car rental service Car Inc, according to a report Sunday in Chinese newspaper First Financial Daily, citing an unnamed BYD insider.

Though not the first electric car driven by Uber drivers it was the first time Uber had offered acquisition and leasing options for an electric car. Drivers seemed to be liking the $200 per week rent on the BYD e6 option, . say commentators.

The BYD e6,  a cross between a sedan and an SUV,  offers more room than the Tesla Model S and other all-electric vehicles, which made it more advantageous for Uber drivers to own one of these cars.

BYD e6 is already in operation in London and Hong Kong by taxi companies, which clearly showed the precedent for the car as regards space and mileage. The range was only 186 miles as against 250+ on the Tesla Model S but that still sufficed for most taxi drivers.

Uber had launched a variation of services like Black, X and Lux, which allowed users to choose the car they wanted to be picked up in. The move had been criticised by some taxi companies as it allowed the customer to choose their pick-up and made regular taxi services redundant.