Tesla Motors to give away its patents

Tesla Motors has decided to give its patents away. The electric vehicle (EV) maker  says it will allow other companies to use its inventions under an open-source-inspired agenda at the company. 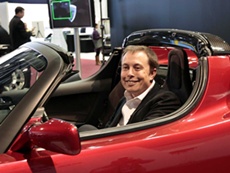 Tesla chief Elon Musk said in a blog post, ''Tesla will not initiate patent lawsuits against anyone who, in good faith, wants to use our technology.''

With the move, Tesla has opened up hundreds of approved patents, and many more pending, for all manner of future inventions.

Among the company's notable  innovations are those that lowered the cost and increased the safety of battery packs. Its connector, software and power-management advances allow faster recharging of cars than others on the market. The company would now offer these and many others to rivals and ask nothing but goodwill in return.

According to Musk, the company made this gesture to try to once again nudge the rest of the automotive industry to speed up EV technologies. Tesla's Model S had proved that there was massive interest in a well-made, fun-to-drive electric car, the company, however was barely making a dent in the massive auto market.

Musk wanted to bring about a more dramatic shift towards electric cars the move was a step in the direction. Bloomberg quoted Musk as saying during a conference call that he wanted to promote a more dramatic shift towards electric cars, so he would do what he could to accelerate it. He said he did not think people quite appreciated the gravity of what was going on [with regard to global warming] or just how much inertia their was about the climate.

Not all of Tesla's patents would be made public, but several hundred would, and ''ultimately thousands,'' according to Musk, who discussed the new company policy in a conference call with shareholders and the media.

''Yesterday, there was a wall of Tesla patents in the lobby of our Palo Alto headquarters,'' Musk wrote in a statement. ''That is no longer the case. They have been removed, in the spirit of the open source movement, for the advancement of electric vehicle technology.''

Musk noted that the company's drive for patents was purely driven by materialistic objectives. He recalled his first venture, Zip2 and how he ''thought patents were a good thing and worked hard to obtain them.''

But he now questioned the societal benefit of patents.

Musk said, "Tesla Motors was created to accelerate the advent of sustainable transport. If we clear a path to the creation of compelling electric vehicles, but then lay intellectual property landmines behind us to inhibit others, we are acting in a manner contrary to that goal. Tesla will not initiate patent lawsuits against anyone who, in good faith, wants to use our technology."

He said on the call that he did not really like patents. He added he thought there was a lot of abuse of the patent system these days, adding that it was rare to read that some individual inventor creating technology benefitting society.

He said that was not what one usually read about adding that he could not remember the last time he read about something like that.