To cut costs in ageing models of delivery vans, Fiat SpA  and PSA Peugeot Citroen will invest over €700 million ($900 million) on new delivery van models over the next five years. 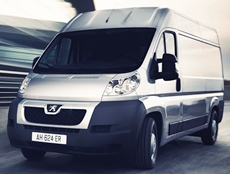 Fiat's investment is expected to be about €550 million, while Peugeot is expected to invest around €150 million in projects that improved the current versions of the Peugeot Boxer, Citroen Jumper, and full-sized Fiat Ducato models, Fiat said in a statement yesterday.

The new vehicle models would be built at the carmakers' SevelSud plant in Italy.

Fiat chief executive officer, Sergio Marchionne said at a function in Val Di Sangro that with the extension of the van partnership, the company was relaunching a bet together with Peugeot.

He added the company had started the investment, including development costs for products, and works to modernise the plant.

The two companies, which in 2011 arranged to conclude a similar partnership to make delivery vans in France, already cooperate at SevelSud, Italy on assembly of the models.

Paris-based Peugeot plans to invest over €750 million to produce a new vehicle on its own at the SevelNord plant.

The two companies said the cooperation at the SevelSud joint venture would run up to 2019.

According to Marchionne further investment in Italy, where Fiat's factories were under-used due to falling European car demand, would require reforms that needed to be agreed on with unions, businesses and the government. 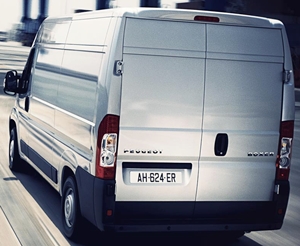 "In Europe, the situation varied greatly from one country to another. Southern European markets continued to contract, dropping 11 per cent in France, 5 per cent  in Spain and 11 per cent  in Italy, with Germany also reporting a decline of 8 per cent  for the period. In the UK, however, the automobile market grew by 10 per cent.

Sales of assembled vehicles totalled 1,460,000 units, declining by 1.1 per cent. Sales of CKDs in Iran, which came to 142,000 units in the previous year, were suspended in February 2012, following the tightening of international sanctions.

In Europe, in a car and light commercial vehicle market that declined by 7 per cent, PSA Peugeot Citroën sold a total of 855,000 vehicles, down 13 per cent  compared with first-half 2012.