Green motoring to run up £13-bn loss to UK exchequer

The drive for promotion of greener, more efficient motoring would blow a massive £13-billion hole in the UK's public finances with revenue from fuel and road taxes drying up, cautions a leading think tank. 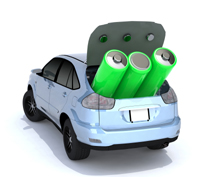 Tax breaks for electric cars and lower fuel consumption from fuel efficient vehicles would mean a collapse in income even with road traffic increasing, the Institute for Fiscal Studies (IFS) has found.

The implication, according to motoring groups, was that drivers would end up being taxed more, even as the industry adapted to meet environmental targets.

According to professor Stephen Glaister, director of the RAC Foundation, as drivers endured record prices at the pumps, they might be surprised to learn that future government could face a drought in motoring tax income.

He said the irony was that while ministers encouraged people to buy greener, leaner cars, they were being forced to look at ways of clawing back the money motorists thought they would be saving.